During Liverpool’s 2-1 win at Leicester in the Premier League, Alisson’s blunder gifted the hosts a goal – and lifeline – in what was a tense encounter as the Reds sealed a fourth straight league win.

Sadio Mane and Roberto Firmino were on the scoresheet for the reds, while the Foxes were handed a boost as Alisson fumbled what was supposed to be a ‘Cruyff turn’ to go clear of Kelechi Iheanacho, who managed to steal the ball and pass it to his Algerian team-mate Rachid Ghezzal who slotted home.

In the wake of this, Foxes keeper Kasper Schmeichel spoke out in support of his fellow keeper, saying that he’s been exceptional in his first three outings for the Reds. 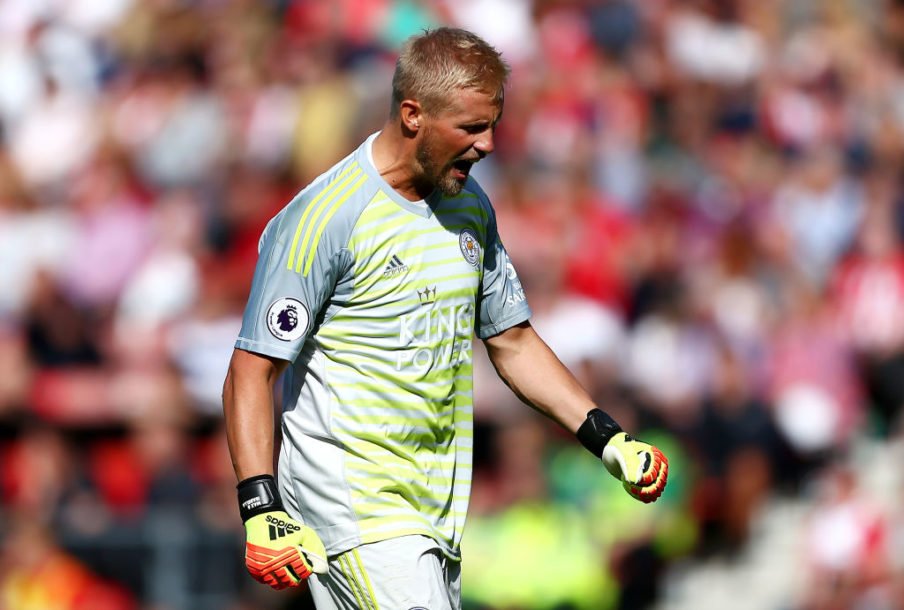 The Danish keeper added that he thinks Liverpool’s style might encourage a keeper to use his feet and take chances, likening them to Pep Guardiola’s Manchester City.

Speaking to reporters after the game, as reported by the Mirror, Schmeichel said:

Of course you feel for him. He’s been fantastic in their first three games. I don’t know Liverpool’s style exactly but I think they encourage the keeper to take chances to keep possession like Ederson does for Manchester City.

He lamented the fact that errors are more likely to be punished if they’re committed by a keeper, unlike outfield players.