Ki-Jana Hoever’s development at Liverpool since he arrived from Ajax for just £90,000 has been nothing short of impressive.

The Dutchman joined in September after he received international clearance and was teamed up with Neil Critchley and the U18s. He impressed massively when he played and went onto make five appearances in the U18 Premier League for Critchley’s side.

Good performances for the U18s saw his promotion to the U23s arrive soon after. He showed he wasn’t out of his depths at this level with his commanding performance against Everton on his debut.

Despite mostly playing as a centre back during his time at the club, he is also able to play at right back. This versatility makes him quite the talent, with the 16-year-old boasting a commanding figure at the back, while also having excellent composure with the ball at his feet.

His talents were rewarded with a promotion to first-team training. Jurgen Klopp had seen enough to view him as reliable cover as a result of the club’s recent injury problems. 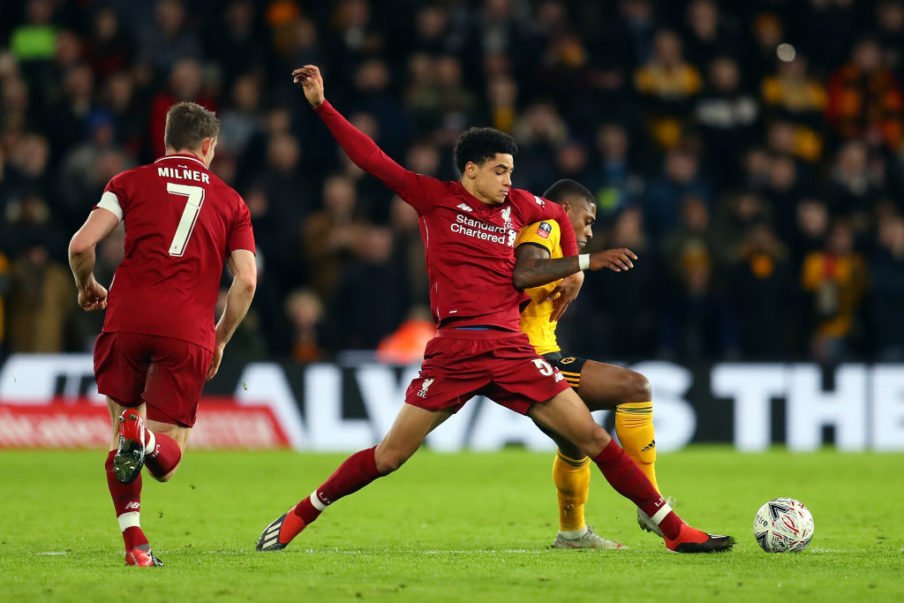 This trust and faith was shown when Klopp brought Hoever on early in the FA Cup tie with Wolves after Lovren had sustained a hamstring injury in the opening minutes.

Despite the defeat, the former Ajax man showcased his talents and looked comfortable when challenging for the ball and coming out of defence to start attacks.

As a Dutch youth international, he didn’t look out of depth and held his own after been throwing straight in at the deep end, producing a solid performance. Nervousness showed a couple of times, but that’s understandable due to tender age.

Even if Hoever was a little shaky at times, his rise has been more than impressive and the youngster looks as though he has a very bright future ahead of him.