The Reds finally got back onto the pitch after their first loss in the league and an exit from the FA Cup. While not at their flying best, Liverpool still had enough to beat Brighton & Hove Albion 1-0 at the Amex Stadium.

It was clear from the start that patience would be required for Liverpool to get back to winning ways. The home side were content to let the Reds have the ball while dropping deep and looking to frustrate the league-leading visitors. The Seagulls’ strategy worked well, especially through the first half.

Despite having the majority of the possession and some solid sequences of passing, Liverpool struggled to break down Brighton. Despite some promising moments, the Reds failed to get a shot on target unit the second half. There was threat and intent but far from any finish.

The second half saw Liverpool spring to life with more urgency. With Mo Salah leading the line, the Reds restarted brightly. It only took a few minutes before Brighton’s Pascal Gross bungled into Salah from behind in the area, resulting in a penalty kick. The Egyptian fired home from the spot with authority.

From that point, the result was never really in doubt. Liverpool used the ball to command the game for most of the duration. The home side mustered a short flurry toward the end but never really threatened and Liverpool reasserted a seven-point lead atop the table. 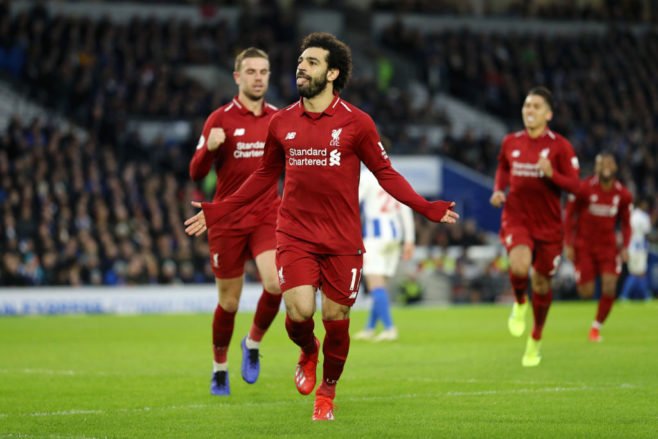 After all the talk of a slow start and second season jinxes, Mo Salah has simply replicated the surge of form he put in display last season.

It was during the winter months when the Egyptian sprung to life and started scoring for fun last year. The pattern looks eerily similar, although the Reds have yet to play with the free-wheeling attack of 12 months ago.

Salah saved Liverpool any worries with a second-half storm beyond winning the penalty kick. While he did tally the match’s only goal, he was an increasing problem for the Seagull defenders.

Playing centrally, he not only drove forward but dropped deep, pulling Brighton’s shape around the pitch. His 14th goal in the league also saw him rejoin Harry Kane and Pierre-Emerick Aubameyang for a three-way tie to lead the race for the Golden Boot. 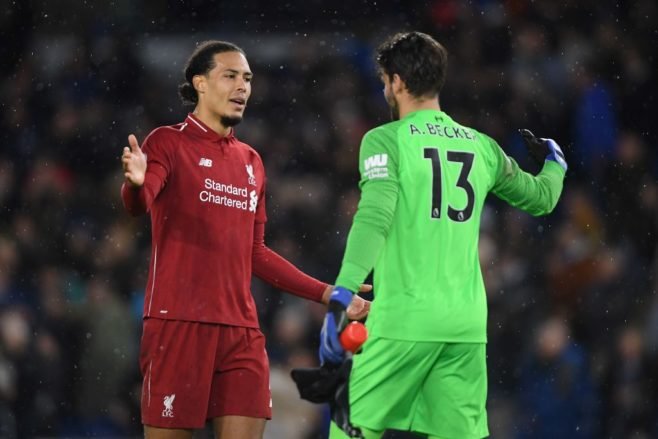 With a host of injuries across the backline, Liverpool needed to make some minor adjustments. There was a slight scare about Trent Alexander-Arnold in the pre-match warm-up, but he played through the pain of a sore ankle.

Also, Fabinho was deployed as a centre-half with the three other options all injured.

None of the concerns seemed to matter all that much. Andrew Robertson was reliable, and Virgil Van Dijk was as commanding at the back as ever, guiding the defence through another solid performance.

Nerves may be a bit frayed at the prospect of any more injuries but the Reds denied Brighton even a sniff of goal for 70 minutes. Even then, the Seagulls were held definitively at bay. 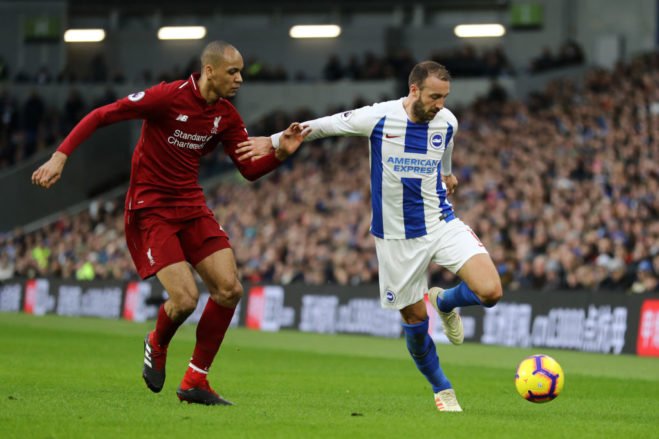 When Liverpool signed Fabinho from Monaco, the belief was that the Brazilian would be a deep-lying midfielder who could also play right back. It quickly became clear that he would most effectively operate from the centre of the pitch.

Still, there was little expectation he would need to function as a centre-half.

Given the minor injury crisis facing the Reds in the middle of their defence, it made some sense that Jurgen Klopp would deploy the new signing alongside Van Dijk.

The decision proved a masterstroke. Fabinho cleared everything in sight and was more than a match for Brighton’s Glenn Murray. 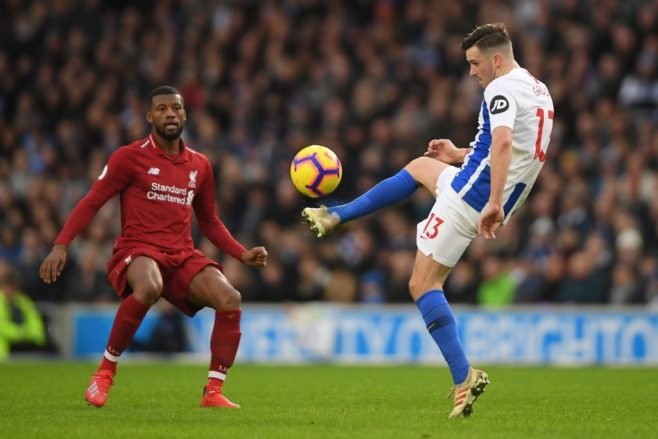 Fabinho dropping to the defence left an opening for Jordan Henderson to return to the starting lineup. The skipper played a dual pivot with Gini Wijnaldum, as the Reds returned to this season’s familiar 4-2-3-1 shape.

Neither played poorly, but the duo may not be the best combination.

Both players opted for the safe, possession-based pass instead of recycling the ball with greater purpose to spark the attack. It made possession slower and more plodding when there were opportunities to exploit a counterattack.

The lack of creativity even resulted in significantly more long balls, over-the-top than normal bypassing the midfield entirely at times.