Xherdan Shaqiri is pushing for a start against Arsenal this weekend, as Liverpool look to retain their 100 percent record at the start of the Premier League season.

The Swiss has been a peripheral figure at Anfield since losing his place midway through 2018/19, often having to make do with substitutes’ appearances.

Shaqiri has been training with his Reds teammates all week, attempting to stake a claim for a start on Saturday.

These Liverpool supporters have taken to Twitter to talk up the 27-year-old’s chances of featuring prominently:

I hope Big Shaq gets some game time ??

An order of the Big Shaq special for more than 60mins during the weekend please.?

Okay, we need to make #PlayShaq trend. Oh, and he needs to actually play, please.

In truth, Shaqiri looks unlikely to start against the Gunners, considering his lack of game time this season.

Mohamed Salah, Sadio Mane and Roberto Firmino are all so fit, so there is no space for him in Liverpool’s attack.

Similarly, Jurgen Klopp has a plethora of midfield options at his disposal, with Fabinho, Jordan Henderson and Gini Wijnaldum the favourites to start.

James Milner and Alex Oxlade-Chamberlain are also in the mix, making Shaqiri’s hopes of a start even bleaker.

He could be an effective impact sub, though, making a difference with his trickery and guile in the second half.

Should Shaqiri start against Arsenal on Saturday? 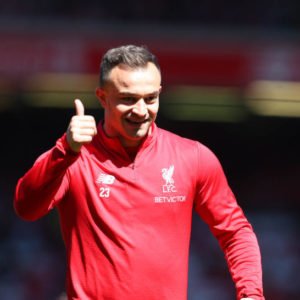 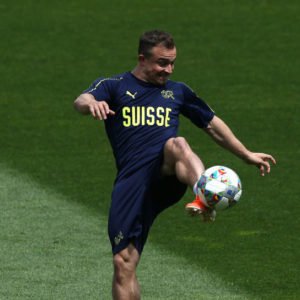