Xherdan Shaqiri has confirmed that he has been receiving injury treatment back in Switzerland.

The 28-year-old has missing for Liverpool with a calf problem picked up before the Carabao Cup win over MK Dons last month, but he was thought to be nearing a return.

Speaking to Blick, however, the Swiss has hinted that he still won’t be back for some time:

I’m from Basel as well, so I always visit my family here.

I can do a part of my therapy here in Basel.

It feels a long time ago now that Shaqiri was such a key player for Liverpool, thriving in Jurgen Klopp’s 4-2-3-1 system.

He was the match-winner at home to Manchester United last December, but then swiftly lost his place when Klopp reverted to a 4-3-3 system.

There is a feeling that the manager doesn’t totally trust Shaqiri in a tactical sense, with the winger struggling for playing time even when he is fit.

His return is still important, though, in terms of the squad depth and individual quality he brings.

Judging by his latest remarks, he won’t be playing a part in Wednesday’s Champions League clash with Genk or Sunday’s visit of Tottenham in the Premier League.

Will Shaqiri still be at Liverpool next season? 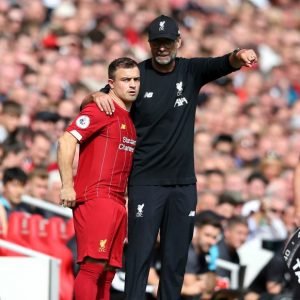 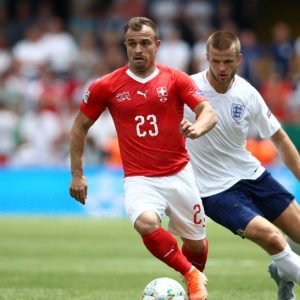