Tony Cascarino has hailed Roberto Firmino’s touch against Tottenham as a moment of ‘genius’.

The Brazilian scored the only goal of the game on Saturday, further enhancing Liverpool’s chances of Premier League glory this season.

Firmino has received plenty of praise since the victory and Cascarino has followed suit, writing about his brilliance for the Times:

I initially thought Roberto Firmino’s goal for Liverpool against Tottenham was a clever, yet simple, finish but it is far more than that.

Most players would have taken the ball with their right foot and ended up in a tight situation with the defender. But the way Firmino let the ball run across him in order to make space for himself was genius.

I have always lauded South Americans for being able to do it because it is such a tricky skill, for which you need vision and awareness.

Paul Gascoigne used to do it and few players do it now as well as Firmino. He always knows what is around him, all over the pitch.

He is the one of Liverpool’s front three who can do things that the other two — Mohamed Salah and Sadio Mané — cannot.

He is a thinking player who always seems to know what is the best option to take. He makes Liverpool tick.

I believe Firmino is one of the first names on Jurgen Klopp’s team-sheet, in a side littered with world-class talent.

Not only does the 28-year-old ooze class and produce end product – he has scored nine goals and registered seven assists this season – he also works selflessly for the team.

When he isn’t performing, or not playing, there isn’t the same level of quality in the final third, from linking up with Mohamed Salah and Sadio Mane to clicking with the midfield.

In years to come, I think Firmino will epitomise this Reds team as much as anyone, in terms of its style and selflessness.

His touch and finish against Spurs was magnificent, as he produced another big moment, adding to the Club World Cup-clinching goal against Flamengo last month. 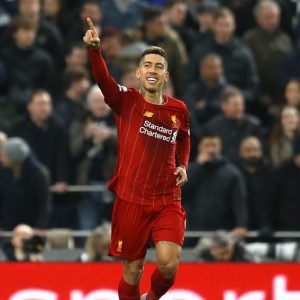 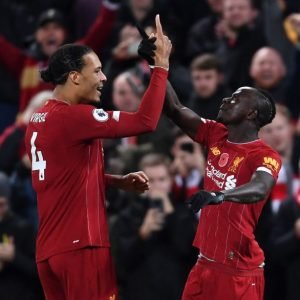