Jurgen Klopp has revealed that Sadio Mane wasn’t the only Liverpool forward to pick up an injury against Wolves on Thursday evening.

Mane was substituted in the first half of the 2-1 win with a hamstring injury but speaking at his post-game press conference, Klopp said that Takumi Minamino also picked up a calf injury during the game, one that he played through from almost the minute he came onto the pitch to the full-time whistle.

It was really difficult for Taki. He felt immediately his calf, he needed treatment at half-time. That was, for his first Premier League game, exceptional.

Minamino started Liverpool’s third-round FA Cup win over Everton and could have been in line to earn his second start for the Reds this weekend when they travel to Shrewsbury for their fourth-round tie.

However, with Mane now set to be out of action for at least the next three games, we think Klopp should leave Minamino out of the squad for Sunday’s game.

It would be wise for the Reds to leave out any player who is carrying any sort of niggle or injury as the last thing Klopp needs is more injuries in his squad.

If Minamino felt an issue with his calf and then played on despite the injury, less than 72 hours before the Shrewsbury game kicks off, then it makes no sense to play him as an aggravation of the calf issue could rule him out of the league games with West Ham and Southampton and with Mane already likely to miss those matches, Minamino could have a role to play in them.

Should Minamino play against Shrewsbury? 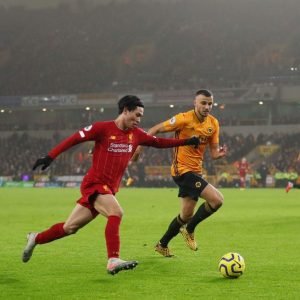