Liverpool fans have called on Jurgen Klopp to start midfielder Takumi Minamino, with the January signing currently out of the team.

Pictures emerged of the midfielder in training ahead of the Premier League clash with Watford this weekend.

The Reds face the Hornets before their match in the FA Cup, with the Reds set to face Chelsea in the fifth round of the competition.

Minamino signed for Jurgen Klopp’s side in January from Red Bull Salzburg but has failed to make much of an impact since arriving.

The Japanese star signed in a cut-price deal, with Liverpool activating his £8.5 million release clause at Salzburg.

He has only appeared four times since making the move from Austria, with the majority of those limited to appearances in the FA Cup.

Based on this, several Liverpool fans have called on Klopp to hand the player a chance, and potentially start him against Watford this weekend.

Twitter: @LFC @takumina0116 When will this guy play a full game 😫 (@iamkrhyme)

Twitter: @LFC @takumina0116 Hope to see him get some more play time soon what a player (@flozzer_ow)

Twitter: @LFC @takumina0116 Gv him a chance to play 😒i hope they do against madrid (@Better_thn_u)

Twitter: @LFC @takumina0116 Never expected this lad to feature much this season, almost all new additions have had to train… https://t.co/T9xmmyN8Wm (@mikereidy1)

Should Minamino be given a bigger role in the side? 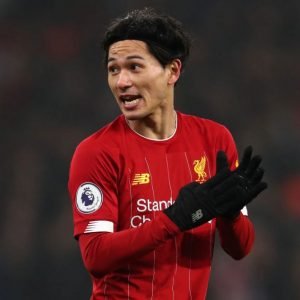 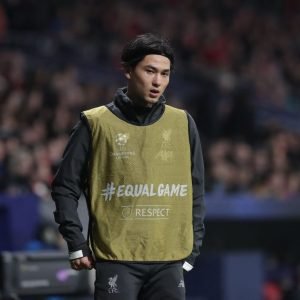