Swansea City manager Steve Cooper has revealed that he is keen to take Liverpool striker Rhian Brewster on loan for the entire 2020/21 season.

The 20-year-old joined the Swans on loan in January and his 11 goals in 22 games helped take the Welsh side into the playoffs and Cooper would like to have the England youth international as part of his squad for the entire upcoming season.

As reported by the BBC, he said:

It goes without saying we’d really like to keep Rhian. I know he is happy, he enjoys the way we work and the way we play. He definitely thrives off the belief we give him. If Liverpool decide to put him out on loan again, we would like to think we will be more than in the mix to get him.

It’s obvious that Brewster enjoyed a very successful period at Swansea so it’s no surprise to see that they want to keep him.

However, Jurgen Klopp and his staff at Liverpool will need to decide not only if they want Brewster in their first-team squad next season, but where he’d fit in the pecking order of attackers if he did stay at the club.

If he’s likely to get a decent amount of action at Anfield, which is a possibility given that the season will be condensed and that five substitutes are likely to be allowed in games, then Brewster would likely benefit from staying with The Reds and training with Klopp and the first-team players on a daily basis.

However, if game time will be limited then a loan would be a good idea, although it might be best for Liverpool to loan him to a Premier League side rather than to Swansea if there’s a club wanting to take him and give him regular playing time in top-flight matches.

What should Liverpool do with Brewster? 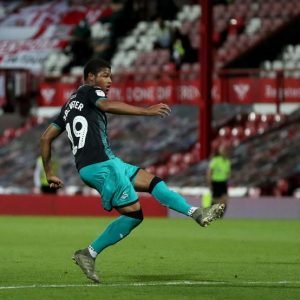 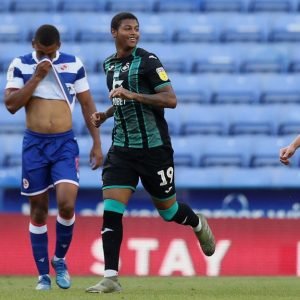