Gini Wijnaldum has reportedly had a change of heart and now favours remaining on Merseyside over a move to the Nou Camp, according to Kevin Palmer.

Liverpool’s trusty midfielder has been heavily linked with a move to Barcelona in recent weeks, with Ronald Koeman supposedly being a big fan of the Reds’ number five.

It was believed that a deal to sell Wijnadum could have made way for Bayern Munich’s Thiago Alcantara to join the Premier League champions.

Thiago has been linked with a move to Anfield all summer and could add some much-needed creativity to Jurgen Klopp’s midfield, however, it seems Liverpool are working on a sell-to-buy policy which is holding up any deal for the Spanish playmaker.

If Wijnaldum puts pen to paper on a new deal, that will dispel the idea that he will be leaving for La Liga, or any league, for this transfer window at least.

The Dutchman has made 188 appearances since joining from Newcastle United in 2016, winning the Champions League and Premier League in the process.

The 29-year-old played the full 90 minutes of Liverpool’s 4-3 win over newly-promoted Leeds United at the weekend, with Klopp stating that ‘everything is fine, between me, Gini, and the club’.

What would you prefer? 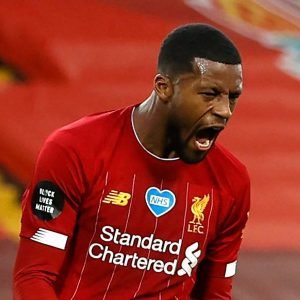 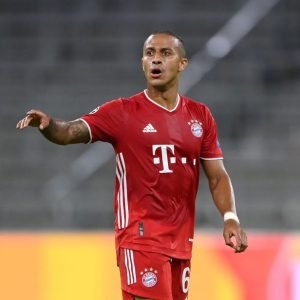