Jurgen Klopp has revealed that he would trust James Milner to take care of various aspects of his life over the rest of his players.

Milner has been a fantastic signing ever since joining from Manchester City on a free transfer in 2015, making 219 appearances to date.

The 34-year-old is renowned for his level of professionalism on and off the pitch, invariably proving to be the fittest member of the Reds’ squad.

Klopp clearly values Milner greatly as a player, but he can also see his qualities as a person.

In an interview with talkSPORT, the Liverpool boss said he would pick Milner over any other Reds player when it came to helping him with moving house or babysitting:

I think James has lived the longest in the area, James knows everybody, James knows where to get the cheapest prices for everything.

James would probably organise it… in a MILLY-second.

I would probably go back to James Milner (for babysitting)! He could sort all the discipline and education that I’ve left open during the week.

It would be like a five-hour crash course, how to behave properly.

Yeah I think that’s probably right, he’d be great at that!

While there is clearly a jokey aspect to Klopp’s comments, it is no surprise that Milner was the answer to both questions.

The former England midfielder is the definition of a safe pair of hands, doing everything in professional, unruffled fashion and getting results at the same time.

I actually think Milner could be an effective starter for Liverpool on Saturday, as Klopp’s men head to Everton.

The veteran will be well-rested after not having international duty to contend with, and his vast experience of derby matches playing for Leeds United, City and Liverpool stands him in good stead.

Should Milner start against Everton? 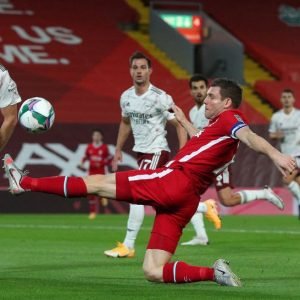 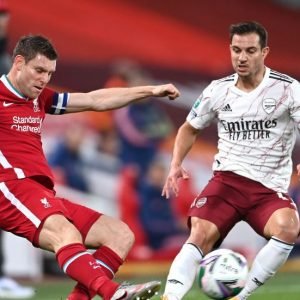