There are ‘increasing doubts’ over Jurgen Klopp’s long-term future at Liverpool, with Steven Gerrard being lined up as a potential replacement.

That’s according to the Mirror, who claim that the 53-year-old is looking increasingly likely to replace Joachim Low as Germany’s national manager.

Klopp’s current Liverpool deal runs until 2024, however, and there is no indication from him that he wants to leave before then.

It is thought that Gerrard is seen as a possible successor to the Reds boss, as he continues to flourish at Rangers, edging towards Scottish Premiership glory.

It would be an enormous surprise if Klopp didn’t see out the rest of his contract at Liverpool, or even extend his stay at Anfield eventually.

The German is a man of integrity who sticks by his word, so exiting the club before 2024 would be a major shock.

Klopp has had a difficult season, dealing with constant injuries, the Reds’ dip in form and the loss of his mother, but he is undoubtedly the man to take the team forward.

Meanwhile, Gerrard isn’t yet ready for such a big job, with the Liverpool legend still learning his trade and perhaps looking like a future Reds manager further down the line.

Will Klopp still be at Liverpool in 2024? 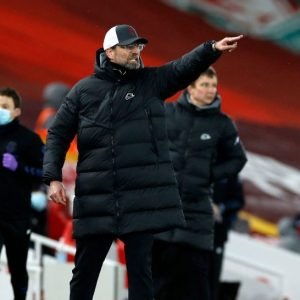 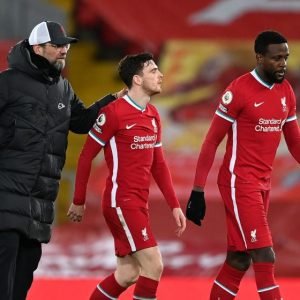