Former Manchester United defender Nemanja Vidic might’ve been a formidable opponent on his day, but very few of those days came against Liverpool and in particular, Fernando Torres.

The Serbian colossus built a strong partnership with Rio Ferdinand during his eight years at Old Trafford, leaving a legacy as one of the best central defenders to grace the Premier League.

Unsurprisingly since Virgil van Dijk’s meteoric rise to take rightful place among the game’s elite since becoming a Red, the two men have been compared on numerous occasions.

However, just over a year ago Don Kopleone set out to prove why the two should never be compared by compiling somewhat of a blooper compilation – including four red cards against Liverpool.

Vidic, now 39, won five Premier League crowns and one UEFA Champions League during his time in England but had a difficult time coping with Rafa Benitez’ side throughout.

Van Dijk, who is currently out with a season-ending knee ligament injury, has so far won one English top-flight and one European Cup with Liverpool, although he will be going to add to that tally next season and beyond.

Perhaps the final say should go to a World Cup winner and top-class centre-back Frank Leboeuf who described the Dutchman as the better defender due to being a ‘more complete’ player during an interview with ESPN TV last year.

Who Is The Better Centre-Back? 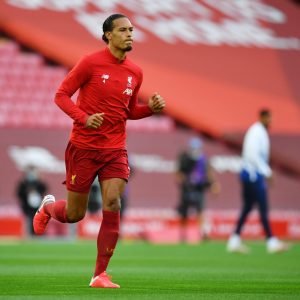 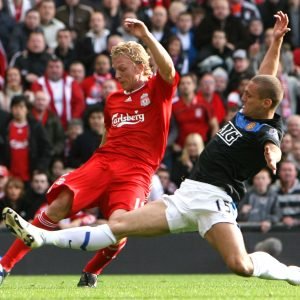