Liverpool fans have become all too accustomed to negative injury news emerging from a Jurgen Klopp press conference this season.

The German boss has left Kopites everywhere despondent previously when ruling out Virgil van Dijk, Joe Gomez, Joel Matip and many others out for extensive periods.

Diogo Jota was himself absent for almost four months earlier this season when the Portuguese star picked up a knee injury against FC Midtjylland.

Having made a return just as the Reds look to complete what had seemed an unlikely top-four finish, the 24-year-old was seemingly ruled out for the final three matches last week after picking up a knock at Old Trafford.

However, speaking ahead of the trip to Turf Moor to face Burnley on Wednesday, Klopp shed some positive light on the situation, as cited by Paul Joyce on Twitter.

Twitter: Jurgen Klopp says Diogo Jota has a “tiny chance” of being fit for the weekend and will be fit for Portugal for Euros. (@_pauljoyce)

Jota has enjoyed an outstanding debut season on Merseyside following his £41million arrival from Wolves last summer (BBC), scoring 13 goals and registering one assist in 29 appearances across all competitions.

Jota’s return for what could be a must-win clash would be a huge boost for Liverpool.

Albeit unlikely the 12-cap ace would be ready to feature from the start – the potential to use the winger from the bench would be superb news.

Not only that, with 10,000 in situ at Anfield it will give many Kopites their first chance to welcome the Portuguese flyer. 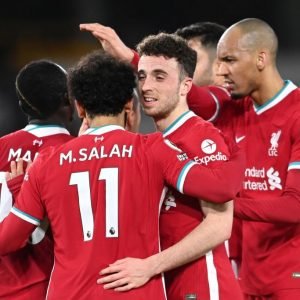 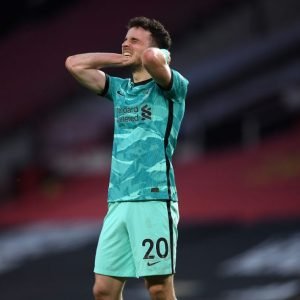