As Liverpool manager Jurgen Klopp prepares to oversee a potential summer clearout at Anfield, the German will be attempting to replenish the ranks with high-quality additions along the way.

Still reeling from the loss of Gini Wijnaldum as a free agent, currently, there is a lack of a major presence in the heart of the midfield ranks.

One man that could fill that void is versatile RB Leipzig star, Marcel Sabitzer, previously linked with the Reds back in March by reputable German outlet Bild.

Fresh reports from The Athletic in their The Radar feature ahead of the Euros, as cited by Watch LFC on Twitter, have claimed the Austrian could be up for sale at a cut-price this summer.

Marcel Sabitzer is available for £15m this summer. Sabitzer’s contract expires in 12 months and there is no… https://t.co/n5Y5zTa6FT (@Watch_LFC)

Capable of playing in numerous positions in midfield as well as a centre forward, the 27-year-old’s versatility could lend itself to a pivotal role in Klopp’s squad

In 2020/21, the 50-cap Austria ace scored nine times and assisted on seven others in 39 appearances – earning an average Sofascore rating of 7.17 in 27 Bundesliga outings.

Described as ‘remarkable’ by Ralf Rangnick for just the mooted £15million would be an extraordinary piece of business for whoever manages the coup.

Valued at £37.8million (Transfermarkt), the Austrian has little over 12 months remaining on a deal at the Red Bull Arena – likely to be the rationale behind the low asking price.

Given the multiple areas in need of reinforcements within the Anfield squad, Sabitzer should be of major interest to the Reds. 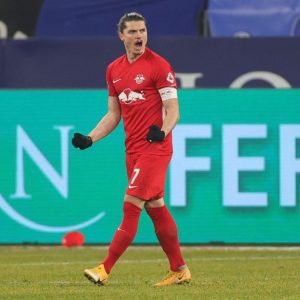 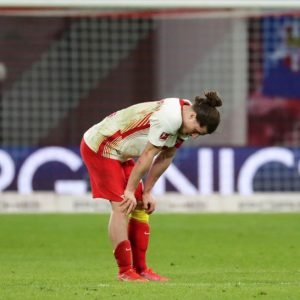