Liverpool are said to be ‘in love’ with Real Madrid attacking midfielder Martin Ødegaard.

The Reds have a history with the talented Norwegian having tried to sign the boyhood fan as a teenage sensation from Strømsgodset IF.

Since arriving in the Spanish capital as a wonderkid, Ødegaard has struggled to have the desired impact at the Bernabeu.

According to a report from Spanish outlet Fichajes, as cited by Liverpool FC News on Twitter, Liverpool could still harbour ambitions of signing the now 22-year-old.

Twitter: Liverpool are ‘in love’ with Martin Odegaard and plot summer transfer, according to reports

The report claims both Chelsea and Arsenal are keen on the 30-cap Norway captain after the star spent the second half of last season on loan in North London.

Signing the Norwegian would certainly give Jurgen Klopp additional firepower in an attacking sense.

Albeit a player more in the mould of Philippe Coutinho than Gini Wijnaldum, Ødegaard can certainly operate from central midfielder as well as providing from wide areas.

Valued at £36million and under contract in Spain until 2023 (Transfermarkt), the mooted £43million asking price would be a worthwhile expenditure on a player brimming with talent.

As compatriot Erling Haaland potentially becomes available next summer, could landing Ødegaard give the Reds the upper hand in pursuit elsewhere? 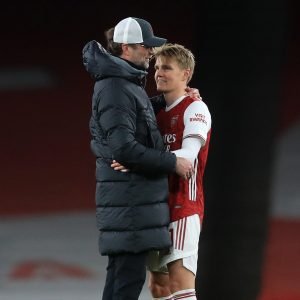 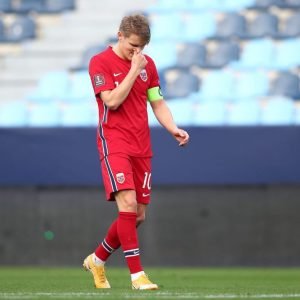