Liverpool have reportedly ‘made contact’ with the agent of Borussia Dortmund superstar Erling Haaland.

Jurgen Klopp was relatively quiet in the recent summer transfer market and only added Ibrahima Konate to a high-quality squad packed with returning key names.

The Reds are unsurprisingly among a number of potential suitors hoping to land the 21-year-old Norwegian striker next summer.

According to a report from 90min, as cited by Anfield Edition on Twitter, Liverpool have already initiated the conversation with super-agent Mino Raiola.

The report claims that the club, as well as Chelsea and Manchester City have recently spoken to Haaland’s agent about the possibility of a deal in 2022.

As well as a remarkable domestic record, Haaland has also scored a stunning 12 goals in 15 appearances for Norway at senior level.

This season the powerful frontman has already scored eight goals and provided four assists in just six outings across all competitions.

Valued at an eye-watering £117million and under contract in Dortmund until 2024 (Transfermarkt), signing Haaland may seem like a financial pipedream.

However, according to various reports, the Norwegian has an attainable release clause in place for the summer of 2022 at around £63.9million.

Undoubtedly one of the hottest talents in world football right now, Liverpool’s perceived interest will bring delight to Kopites all over the land. 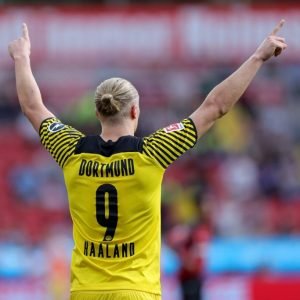 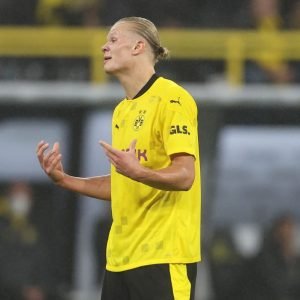