The Reds had to recover from a two-minute double salvo from AC Milan before halftime to earn a hard-fought 3-2 victory in the UEFA Champions League.

Jurgen Klopp’s side were breathtaking for the most part before the Italian visitors hit their hosts before the break.

Working on the clash for CBS Sports Golazo, Carragher couldn’t hide his emotions when Henderson’s half volley flew into the back of the net.

The ex-Red wasn’t the only one overjoyed as Liverpool made a winning start to their European campaign.

Klopp himself saw fit to celebrate the success with the adoring and ever passionate Kop support.

An absolute #UCL classic from Anfield!

Trent Alexander-Arnold had given the Reds the lead before second-half goals from Mohamed Salah and Henderson secured all three points.

This truly was one of the classic nights under the Anfield lights, one Klopp and Carragher were rightfully delighted to take the spoils.

Supports like that on show last night will be pivotal if the Reds are going to go all the way both domestically and in Europe this season – Liverpool’s true 12th man.

Will Liverpool Win The Champions League This Season? 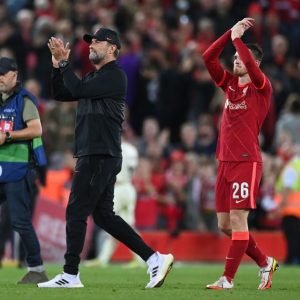 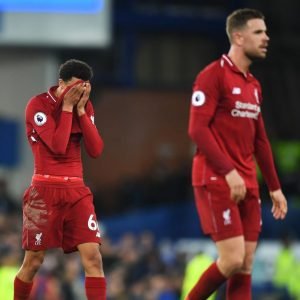