Newcastle United star Allan Saint-Maximin has been tipped to thrive should a major transfer switch be forthcoming.

Recently linked with a move to Liverpool, Chelsea or cross-park rivals Everton, the charismatic Frenchman looks to have all the attributes to perform at the elite level.

Signed from French Ligue 1 club Nice for £16.5million in 2019 (Sky Sports), Saint-Maximin has been a revelation in the North East.

Speaking to Football Insider, former top-flight striker Noel Whelan predicted that the 24-year-old would ‘succeed’ away from St James’ Park.

There’s no doubt that he’s their golden ticket. He’s the one player in that side who would command a high fee, and the fact he’s got a long time left on his deal will serve the club well. He is the one player who stands out in that poor Newcastle side, with his quality and direct running, as well as the influence he can have on games. You’re probably looking at around £50million for a player like Saint-Maximin. There’s absolutely no doubt he can succeed for clubs like Liverpool and Chelsea.

Since arriving at Newcastle the flamboyant winger has scored nine and assisted 14 goals in 64 appearances.

This season has seen a particularly bright start from the French Under 21 international, netting two goals and providing three assists in the opening seven Premier League games.

Signing a player of Saint-Maximin’s potential would certainly be a frightening proposition under the stewardship of Jurgen Klopp.

The German manager has already honed the talents of Sadio Mane and Mohamed Salah from tricky wingers to goalscoring phenomeons.

Valued at £27million and under contract until 2026 in Newcastle (Transfermarkt), despite the Toons’ struggles it would likely cost in the region of the mooted £50million to land their most valuable commodity. 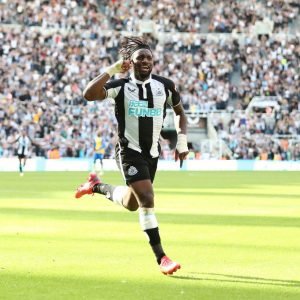 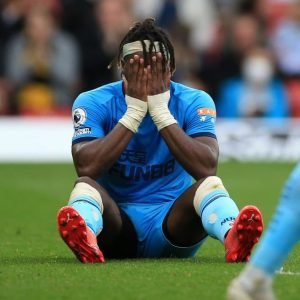