Liverpool scouts have reportedly been ‘blown away’ by the ability of Leeds United goalkeeper Illan Meslier.

The Reds are believed to have been taking a closer look at the 21-year-old Frenchman whilst ‘keeping tabs’ on Kalvin Phillips and Raphinha.

That’s according to a report from Football Insider, as cited by The Anfield Buzz on Twitter, claiming that the Anfield club have been impressed with the stopper’s attributes.

The Frenchman’s proficiency was also further highlighted today (October 13) by The Athletic.

The report claims that Liverpool have been ‘hugely impressed’ by the four-times capped France Under 21 international.

Perceived interest in newly-capped Brazil star Raphinha is nothing new, as the skilful winger was heavily linked with a move to Anfield during the summer.

However, taking notice of Meslier is an interesting side proposition, especially after Alisson Becker signed a new deal until 2027 over the summer.

Despite boasting an outstanding 7.13 Sofascore rating this season, Meslier is unlikely to command the number one shirt on Merseyside and with the impressive Caoimhin Kelleher waiting in the wings, any move for a young ‘keeper would be an odd one.

Perhaps moves for Phillips and Raphinha would make more sense at this juncture. 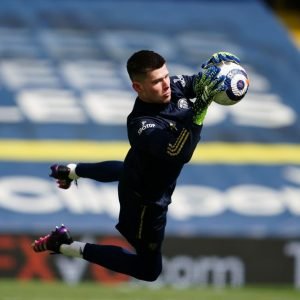 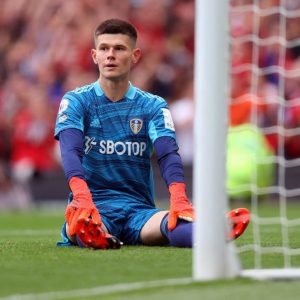