Reds’ boss Jurgen Klopp opted against signing a replacement for Gini Wijnaldum during the summer despite losing the ever-available Dutchman.

However, it would appear that 24-year-old Barella is on the radar at Anfield following a rapid rise to prominence at the top level.

According to a report from Gazzetta dello Sport, as cited by Sport Witness on Twitter, Liverpool have already been in contact regarding the Italy ace.

The report claims that the Reds and Paris Saint-Germain have both ‘shown interest’ in the 33-cap star.

Having played a key hand in a Serie A title and European Championship victory over the last 12 months, Barella’s stock is rising rapidly.

So far this season, the midfielder once described as a ‘precious asset’ by Gianfranco Zola, has scored once and registered five assists in seven league outings.

Signing a midfield squad addition has never seemed more important than this weekend.

Without Curtis Jones, Thiago, Harvey Elliott and Fabinho for the trip to Watford, Jurgen Klopp is down to the bare bones in the department.

Barella would be no squad player, however, boasting a plethora of high-quality attributes and an enviable record at the elite level, the Italian is a marquee target.

Valued at £58.8million and under contract with I Nerazzurri until 2024 (Transfermarkt), it would likely take a marquee figure to even tempt Inter into selling. 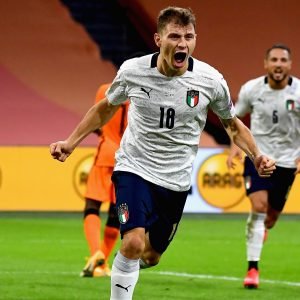 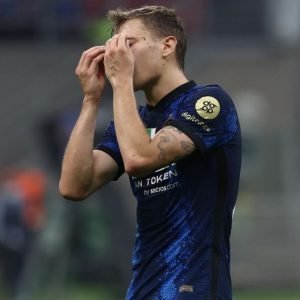