The Reds have been heavily linked with the 24-year-old in recent months and could eventually land the wantaway ace on a free transfer at the end of the season.

Signed for a staggering £135.5million from Borussia Dortmund in 2017 (BBC), the World Cup winner has endured an injury-plagued time at the Catalan giants.

Now according to a report from Fichajes.net, Dembele could be seeking pastures new in the summer.

The report claims that it’s the Anfield club are in a position alongside Chelsea, Manchester United, Bayern Munich and PSG to land the 27-cap France star.

This season the man once hailed as an ‘exceptional player’ by Dani Alves has earned an impressive 7.37 Sofascore rating from six La Liga outings.

Valued at £27million and out of contract at the Camp Nou in six months (Transfermarkt), the report states that the Frenchman ‘wants to play in England’ soon.

Boasting a range of strong attacking attributes, Dembele certainly possesses all the talent in the world to thrive at the very highest level.

Badly hampered by injuries whist in Spain, Jurgen Klopp would have to guard against signing another star who spends too much time in the treatment room.

Should fitness be deemed a non-issue, the forward would be the ideal candidate to offer competition and support to Sadio Mane and Mohamed Salah. 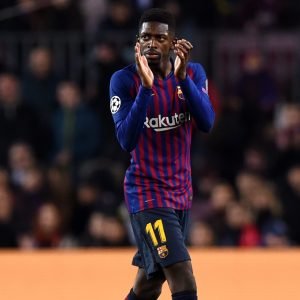 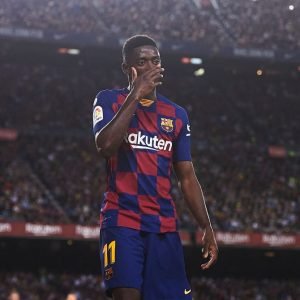