Liverpool have reportedly stepped up their pursuit of PSV Eindhoven forward Cody Gakpo ahead of the summer transfer window.

The 22-year-old is highly regarded across Europe and could be on the move at the end of the season.

Arsenal, Barcelona, Bayern Munich and the Reds are believed to be attentive to the Dutch youngster who has earned a staggering 7.58 average Sofascore rating from 20 Eredivisie outings this term.

According to a report from The Athletic, as cited by LFC Transfer Room on Twitter, Liverpool are serious about Gakpo.

❗️𝐑𝐄𝐏𝐎𝐑𝐓: #Liverpool are among a host of leading sides pursuing 22-year-old PSV Eindhoven winger Cody Gakpo. The Dutch club have set a price tag of €35-50million to let him leave. 🇳🇱

The report claims that the Anfield club have acted to ‘accelerate their interest and hold serious conversations’ about bringing the four-cap Holland ace to Merseyside.

So far this season Gakpo – described as a player who ‘has everything’ by Theo Janssen – has scored 16 times and registered 15 assists in 37 appearances across all competitions.

Valued at £22.5million and under contract until 2026 (Transfermarkt), singing the Dutchman would appear to be a hugely plausible financial venture.

Predominantly a left-winger, Gakpo can also operate across the frontline and would therefore be the ideal candidate to bolster Jurgen Klopp’s squad.

Boasting a plethora of key attacking attributes, it’s clear to see why the Reds would be interested and a move this summer would be a welcome one. 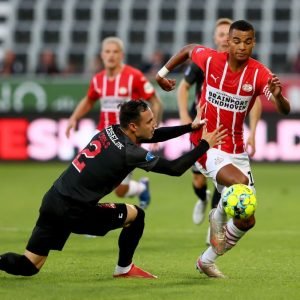 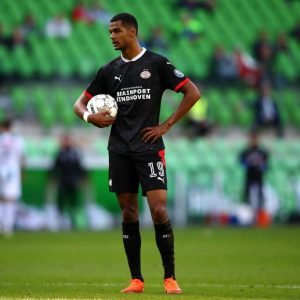