Michail Antonio has been ruled out of West Ham’s Premier League clash with Liverpool this weekend.

The 30-year-old will miss around a month of action with a hamstring injury, according to the Guardian.

Antonio has been a doubt for Saturday’s game all week, having left the pitch prematurely at home to Manchester City last weekend.

The striker has been a key man for the Hammers so far this season, scoring three goals in six league appearances.

There is no denying that this is a boost for Liverpool, considering the threat Antonio poses.

His strength, power and goalscoring ability can be a real handful and he has scored four times against the Reds in the past.

With Jurgen Klopp suffering an injury crisis at the back, Antonio’s absence is even more key, considering youngster Rhys Williams may have to start, should Joel Matip be ruled out, along with Virgil van Dijk and Fabinho.

It promises to be a difficult evening for the Premier League champions, with West Ham in good form, having drawn with both City and Tottenham recently, and won 3-0 away to Leicester City.

Three more points at Anfield would be another step in the right direction for Liverpool – four wins in a row in all competitions would signal an undoubted return to form. 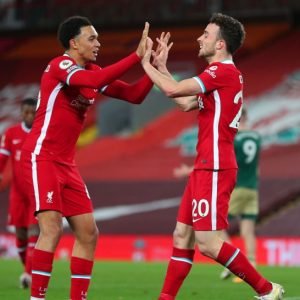 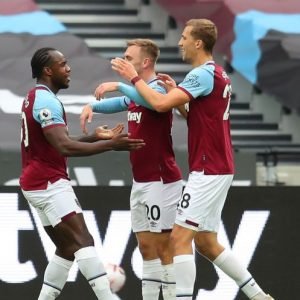