Liverpool have reportedly spoken with former Arsenal centre-back Sokratis Papastathopoulos, according to David Ornstein in The Athletic.

The experienced Greece international is available as a free agent following his recent release from the Gunners and, having previously worked with Jurgen Klopp, there is interest from the Reds.

Sokratis, who hasn’t played competitively since August after falling out of Mikel Arteta’s plans, is believed to be on the verge of joining Greek side Olympiakos, so the discussions with the Premier League champions didn’t go any further.

Klopp’s need for a central defender this month has heightened in recent weeks as the Reds suffer their worst run of form during the German’s tenure at Anfield. The manager himself has spoken out in recent days about the situation.

Liverpool were eliminated from the FA Cup at the fourth round stage on Sunday after a mistake from 19-year-old Rhys Williams at centre-back allowed Marcus Rashford in behind to score in the 3-2 defeat to Manchester United.

Signing Sokratis, who has been deemed surplus to requirements at Arsenal, would seem an odd move by the reigning title holders in normal circumstances. However, needs must and getting bodies through the door capable of performing for Klopp at the back is pivotal.

With Virgil van Dijk and Joe Gomez still unlikely to feature this season and Joel Matip as unreliable as ever, Liverpool need to find a way get Fabinho back into midfield if at all possible.

As a short-term measure before a more targeted summer coup, having previous with Klopp and being available for nothing, Sokratis would be an ideal solution to the centre-back crisis.

Should Liverpool Sign Sokratis Until The End Of This Season? 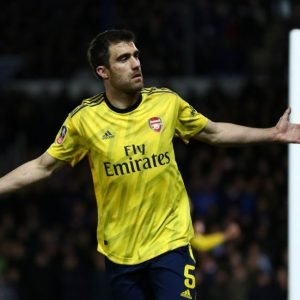 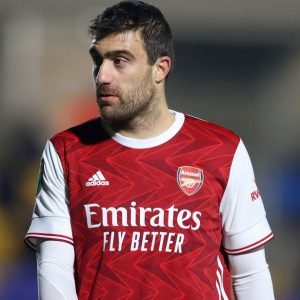