Liverpool midfielder James Milner made his 250th appearance for the club on Sunday against Crystal Palace.

Coming off the bench to replace the outgoing Gini Wijnaldum, the 35-year-old stalwart took the armband and helped see the Reds over the line and into next seasons UEFA Champions League.

Having made a Premier League debut back in 2002 as a 16-year-old for his hometown club Leeds United, Milner will enter the 20th year of his professional career during the 2021/22 campaign.

for @JamesMilner at the Reds

Signed as a free agent following the expiration of his contract at Manchester City in 2015, the Yorkshireman has been a superb servant to the club and has contributed 26 goals and 41 assists in his outings thus far.

Capped 61 times by England, the versatile ace has been an experienced godsend to Jurgen Klopp’s side – often filling in at left-back with admirable displays.

During his time at Anfield, Milner has helped inspire the Reds to Champions League, Premier League and FIFA World Club Cup successes.

Milner has to be regarded as one of the greatest free transfers of all time.

This season the combative star has continued to play an integral role in Klopp’s plans – making 36 appearances in all competitions.

Under contract on Merseyside until 2022, there is a realisation next season could be Milner’s last – perhaps with a swansong back at boyhood club Leeds United in mind. 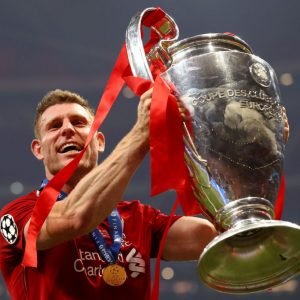 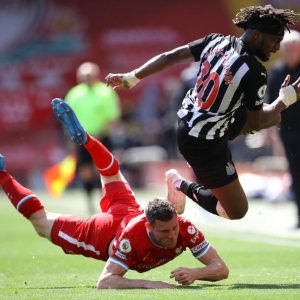