Much of the talk in the build-up to the match between Liverpool and Aston Villa has been surrounding a certain Steven Gerrard.

Still regarded as a legend at Anfield, the through and through Red is set to face off against his boyhood club as a manager for the first time.

Sideshow aside, Villa have been much improved under Gerrard but face a Jurgen Klopp side firing on all cylinders at present.

Another former Liverpool icon, Mark Lawrenson, has tipped the hosts on his weekly BBC Sport column to put the nostalgia to one side and prevail this afternoon (Saturday, December 11).

Gerrard is doing really well as a manager and everyone is putting two and two together and saying that, if he carries on like this, he will be Liverpool’s next manager. He quite possibly will but he always plays that down, which I think is good, because he is fully focused on the job he is in. I only see a home win here, though. The fact Gerrard is back will mean there will be a fabulous atmosphere at Anfield from the start, and that will work more in Liverpool’s favour than Villa’s.

Lawrenson backed the Reds to win 2-0 and maintain the pressure at the top of the league.

Klopp looks almost certain to be without Diogo Jota from the outset after the Portuguese ace missed training this week.

Few games this season not containing the perceived title protagonists will carry the intrigue of this one.

However, Klopp’s side need to be fully focused on the job at hand – picking up three points.

Whilst the return of Gerrard is a story, the bigger picture here is Liverpool chasing Premier League glory in May.

Jota’s likely absence will be a blow, albeit Divock Origi’s recent form would suggest the Belgian is perhaps deserving of the start. 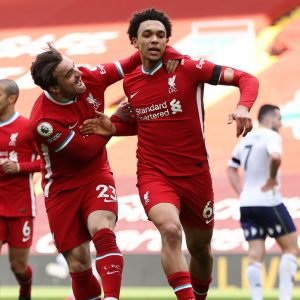 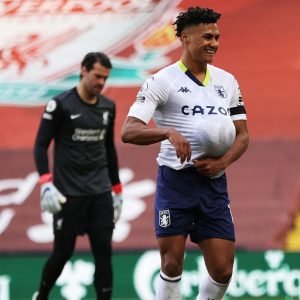 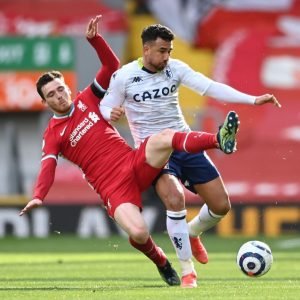