Liverpool made light work of Bournemouth at Anfield, fresh on the back of their European exploits earlier in the week.

Having sealed their progression to the Champions League semi-finals after beating champions-elect Manchester City at the Etihad, there may have been slight concerns that the Reds were still revelling from that brilliant night in Manchester just a few days before.

But Jurgen Klopp’s side didn’t appear to be in any mood to offer anything to Bournemouth – starting as the dominant side, which set the precedent for a comfortable 90 minutes for the hosts.

Sadio Mane gave them a deserved lead after just seven minutes – after his header was saved by Asmir Begovic in the Bournemouth goal, the Senegalese was alert to tap home for the opener.

It was essentially more of the same throughout the rest of the half; Salah, Oxlade-Chamberlain and Trent Alexander-Arnold all came close to doubling Liverpool’s lead.

The second did eventually though in the second half – the latter whipped in a ball which fell invitingly on Salah’s head. Effortlessly, without even looking at the goal almost, he headed past Begovic to all but seal the game.

And the cherry on the icing was duly provided in added time, when Roberto Firmino’s low effort powerfully nestled in the bottom corner to make it 3-0 to the hosts and compound Bournemouth’s misery. 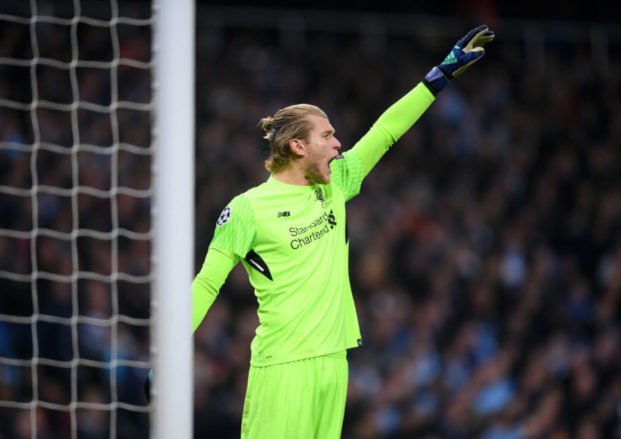 Karius had little to do throughout, but produced a very good save late in the second half to deny Bournemouth a consolation. 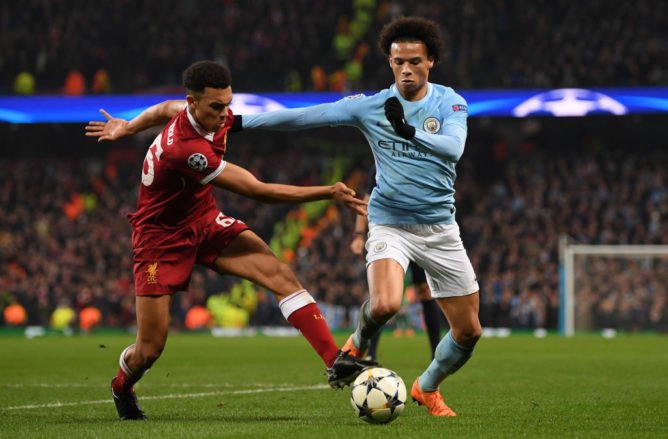 The local lad impressed against champions-in-waiting Manchester City in the Champions League during midweek, and put in another magnificent shift at right-back. He offered plenty of creative threat going forward, and did his job well defensively. 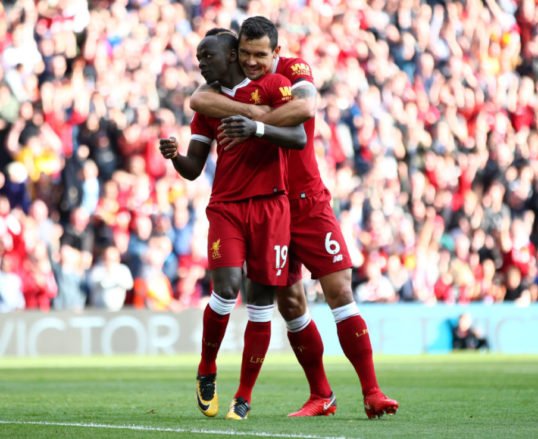 Also had little to do. Was forced off near the end with what appeared to be a slight knock. 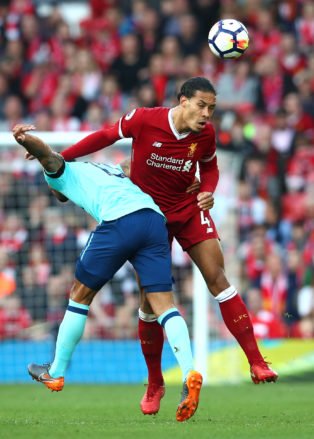 van Dijk was again commanding at the back, winning duels on the rare occasions that the visitors did pour forward. Also had a speculative effort from well outside the box rise just over! 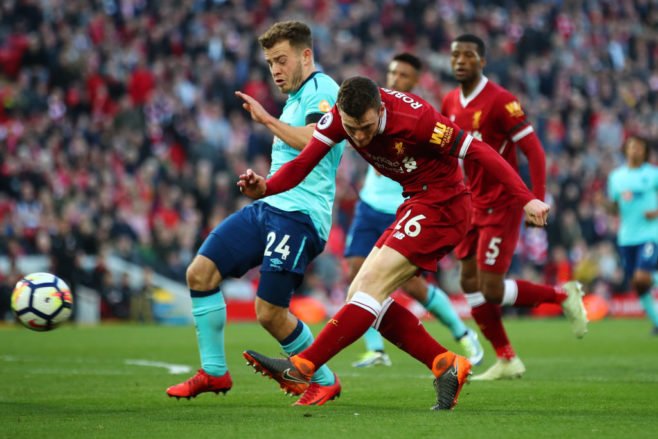 The Scot was reliable as ever at left-back, looking to send Liverpool forward. 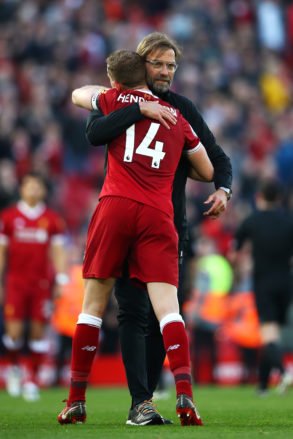 Having missed Tuesday’s second leg tie at the Etihad due to suspension, Henderson looked fresh as ever in his central midfield role – his quick forward passing carved Bournemouth open and times and covered well defensively too. 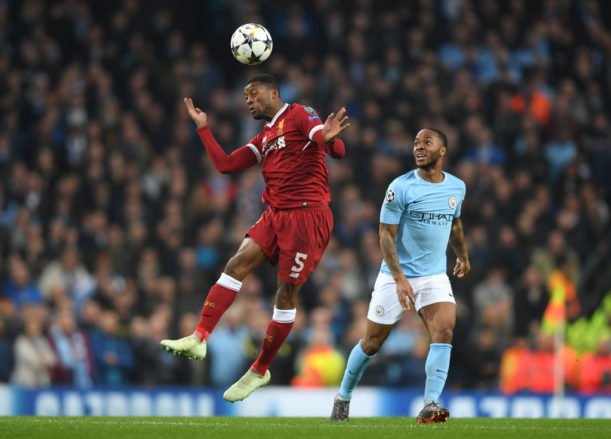 Very tidy and intricate on the ball, making some good interceptions. 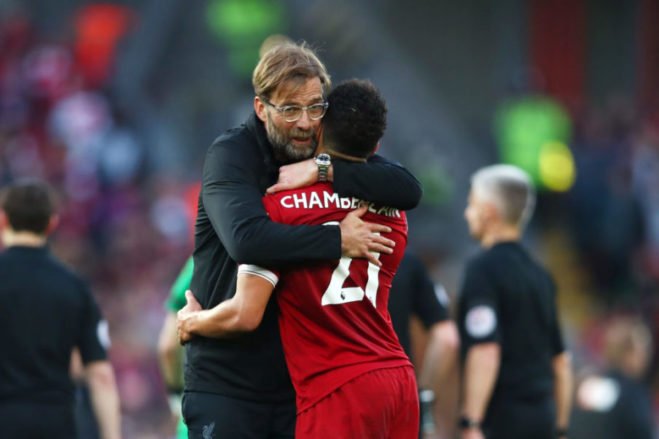 With each passing day, Oxlade-Chamberlain is looking more and more like a brilliant investment from Liverpool. His marked improvement since leaving Arsenal was encapsulated in a very good performance against the Cherries – he was the catalyst of the Reds’ counter-attacking forays on many occasions. 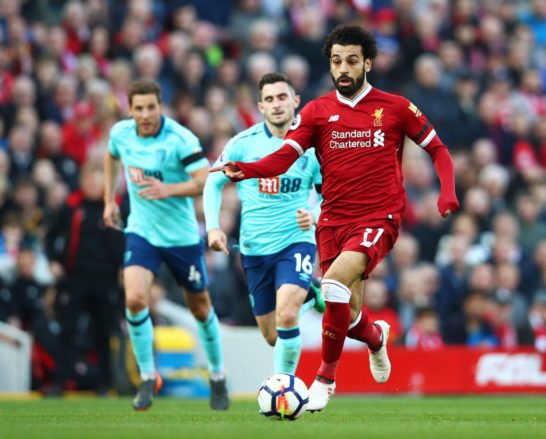 It was actually one of Salah’s less convincing days against Eddie Howe’s side, even if he did get on the scoresheet eventually. More often than not, he seemed to eager to bag his 40th goal of the season. It did arrive though near the seventh-minute mark when he effortlessly glanced home from Alexander-Arnold’s cross. 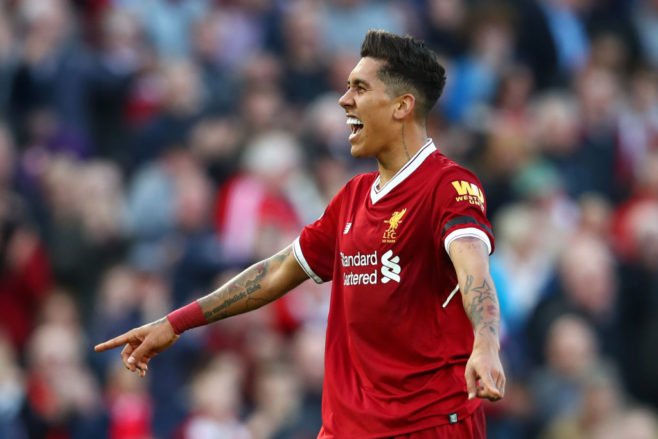 Harried Bournemouth’s centre-backs throughout and earned his reward, adding a third late on. 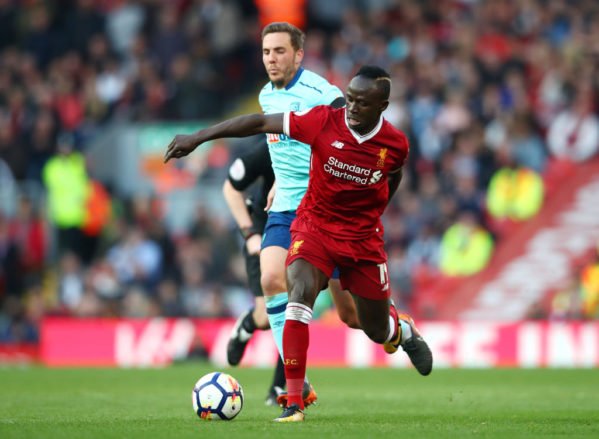 Mane enjoyed a fine day at the office at Anfield, scoring the opener after his initial header was kept out by Asmir Begovic. His direct threat and pace going forward caused the visitors plenty of problems. 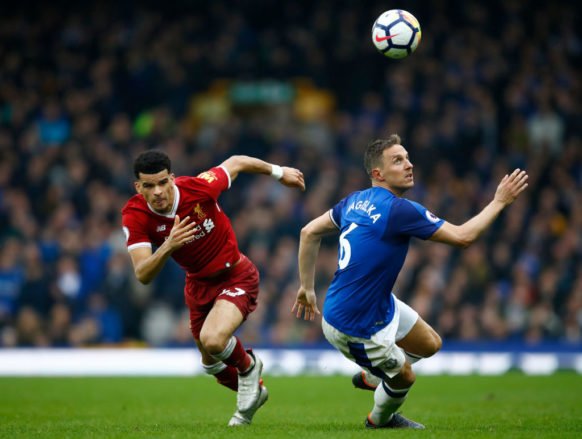 Not enough time to make an impact. 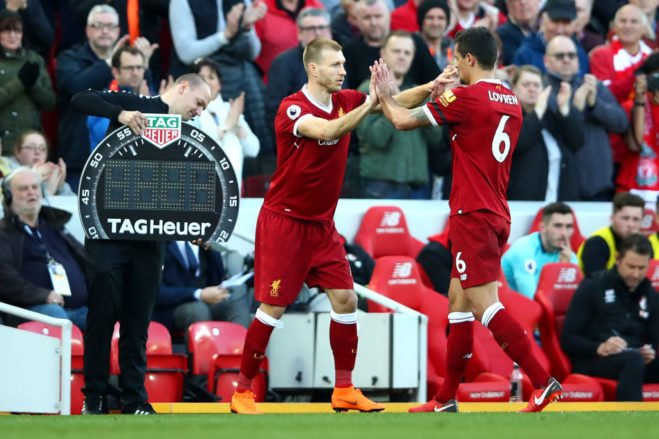 Replaced Lovren late on after his centre-back partner hobbled off. 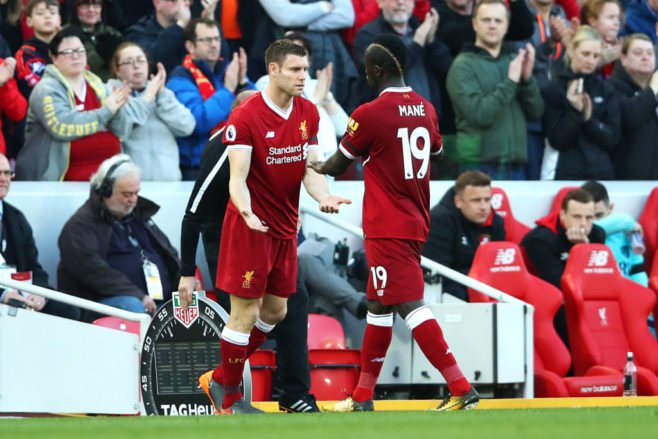 Was brought on in place for Mane with around fifteen minutes remaining, but didn’t contribute much of note. 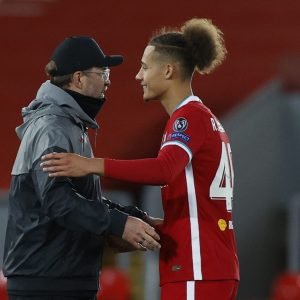 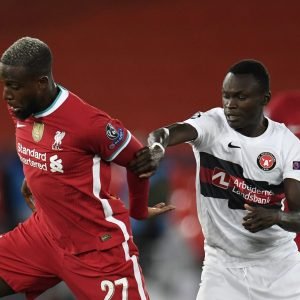 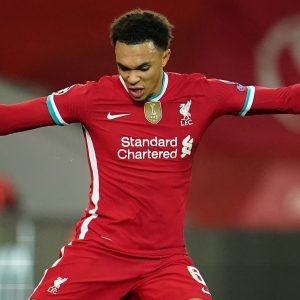 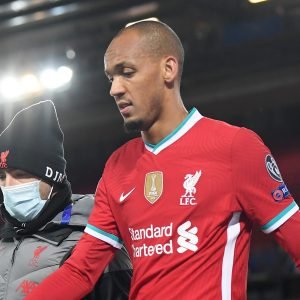 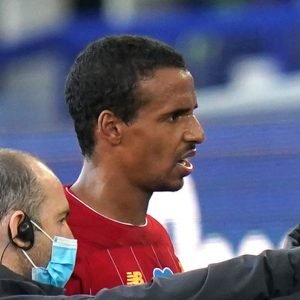 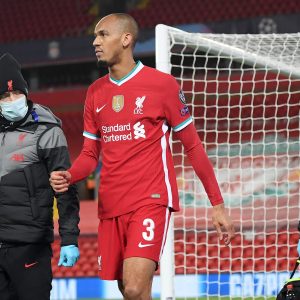