Liverpool forward Daniel Sturridge has revealed why he didn’t celebrate his late leveller against Chelsea and also heaped praise on goalkeeper Alisson Becker for his display at Stamford Bridge, the Birmingham Mail report.

The 29-year-old was introduced by Jurgen Klopp in the 86th minute and struck instantly, curling an effort over Chelsea keeper Kepa Arrizabalaga in his only involvement, securing the Reds a 1-1 draw. 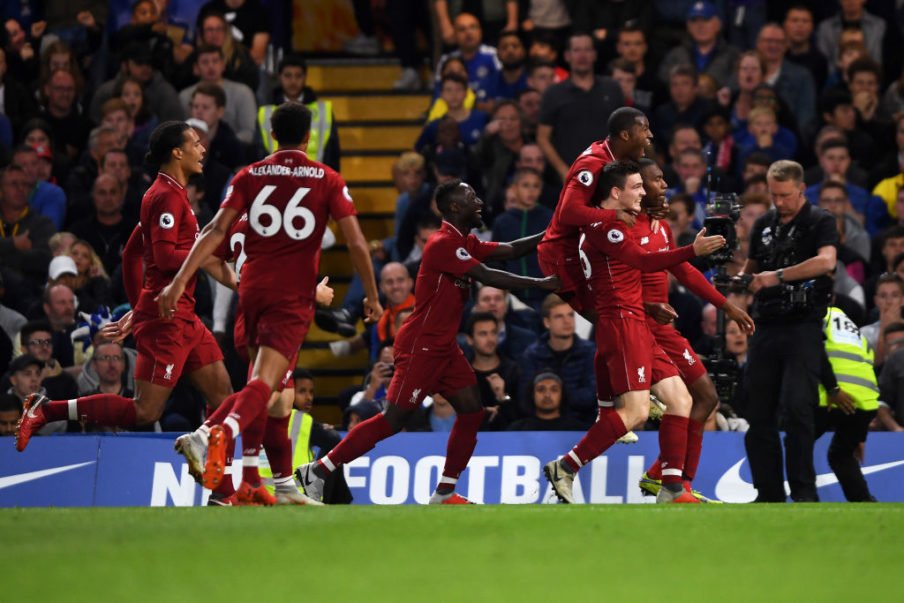 However, despite scoring in the dying moments in front of the travelling supporters, Sturridge, who scored in the week against Chelsea, didn’t celebrate his effort like he did in the week.

Talking to the club website, Sturridge admitted that his cousin, who is a Chelsea supporter, gave him some stick for the way he celebrated his scissor kick in the Carabao Cup.

The former Chelsea striker then revealed that he didn’t want to celebrate due to having a lot of respect for everyone at Stamford Bridge, admitting he may have over reacted on Wednesday night.

It felt great. My cousin gave me some stick the other day for celebrating against Chelsea because he’s a Chelsea fan.

I think in the moment like the other night I got excited and celebrated.

Obviously I’ve played for this club and achieved stuff with them and got a lot of respect for the players, staff and everything, so I didn’t want to celebrate today.

But it’s a great feeling to help get a result for the team.

The English international, who has now scored in his last three appearances for the Reds, was also quick to praise Alisson after another impressive performance from the Brazilian.

Top drawer. He had a great game.

He was unfortunate not to get a clean sheet but he’s a world-class goalkeeper, as is Si (Mignolet).