Liverpool’s players are now allowed to touch the famous ‘This is Anfield’ sign, but only two players honoured the tradition against Norwich City on Friday.

The Reds’ Champions League triumph ended Jurgen Klopp’s run without a trophy at Anfield, hopefully kick-starting a glorious new era at the club.

Up until their victory in Madrid in June, Klopp had not allowed his players the honour of touching the ‘This is Anfield’ sign – one of football’s most famous tunnel sights.

Now that they are European champions that has all changed, but the players haven’t exactly fought each other off the acknowledge the world-famous sign.

In fact, only Gini Wijnaldum and Jordan Henderson did it prior to kick-off against Norwich, with the former highlighting his decision on Twitter:

Twitter: Boss wouldn’t let us touch the sign until we won a trophy… now is the time. #ThisIsAnfield

Quite why it was only the two midfielders who touched the sign is unknown.

It may simply be that the other players were in the zone ahead of their Premier League opener, rather than thinking too much about what was above their head.

Perhaps others are still superstitious, however, worrying that changing their pre-match approach may put the mockers on Liverpool’s new-found success.

It will be interesting to see if it’s still only Wijnaldum and Henderson doing their bit when Anfield hosts its next game, against Arsenal on August 24th.

Who will win the UEFA Super Cup on Wednesday? 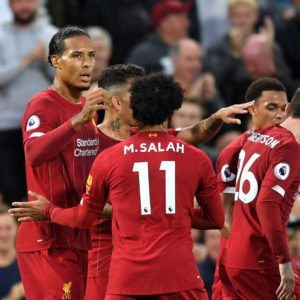 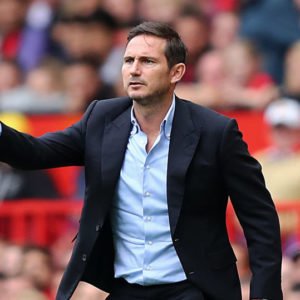