According to reports, Liverpool are willing to let defender Dejan Lovren leave the club during the next few weeks if any potential buyers are willing to pay €15m + €5m in potential add-ons.

The Croatian was once a mainstay in the Liverpool starting line-up but it appears that he is now the club’s fourth-choice centre-back, behind Virgil van Dijk, Joe Gomez and Joel Matip.

Lovren wasn’t even named on the bench for the win against Norwich and with AC Milan and Roma interested in him, it looks like the Reds will be willing to sell.

These Liverpool fans think now is the time to cash in on the Croatian.

However, there were other supporters who think letting Lovren leave at this point in the season would be foolish given that the club are looking to compete for major honours.

No, would leave us too short.

Even though he’s not really good enough and should have been replaced over the summer, to let him go now would be rather ridiculous. If anything we needed a bigger squad not a smaller one.

Should stay for this season. He was a liability before but because of the competition and hunger for more trophies, has stepped his game up massively.

No. It just wouldn't make sense to go on with just 3 senior centre backs

Lovren may well be unhappy at being fourth-choice but selling him now, with no way of bringing in a replacement with the transfer window being closed, it would make no sense to sell him now.

The fee in question seems a bit low too, but if someone wants to take the Croatian in January, then that would make sense for all parties if the Reds can bring in a replacement.

However, the only other central defensive options at the club are youngsters or a midfielder playing out of position.

Lovren is a fine fourth choice but Liverpool can replace him in that role in January, but with the window closed, it makes no sense to sell him now as the Reds are just one injury or suspension away from needing him on the bench,

What should Liverpool do with Dejan Lovren this summer? 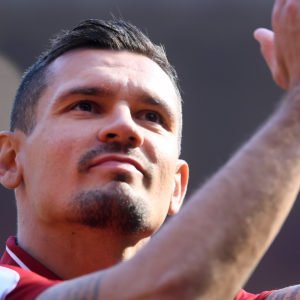 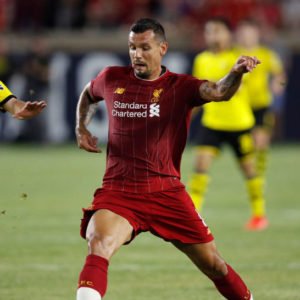