It might seem a little odd that fans are celebrating the news that their goalkeeper will be missing for a few weeks with an injury, but that’s exactly what some Liverpool supports are doing.

Jurgen Klopp confirmed that Alisson will be out of action for ‘the next few weeks’ following the calf injury he picked up in the game against Norwich, which means Adrian will start in goal for Liverpool in the Super Cup final against Chelsea and the upcoming Premier League games.

However, there were serious worries amongst the Liverpool fanbase that Alisson could be set for a longer spell on the sidelines with rumours of an Achilles injury and as such, the reaction to the news of the calf issue was, ironically, rather positive.

Only “next few weeks” pic.twitter.com/HeS7ZSU2lo

However, not everyone was thrilled with the news, which is understandable at the Reds will be without a key player for a few weeks.

It’s hardly ideal that Liverpool are without their starting goalkeeper for ‘a few weeks’ but after the scaremongering relating to a potential Achilles injury, it’s understandable why fans are happy.

Adrian will now get the chance to play for a few weeks and hopefully show that he’s a more than capable back up.

How do you feel about the Alisson injury update? 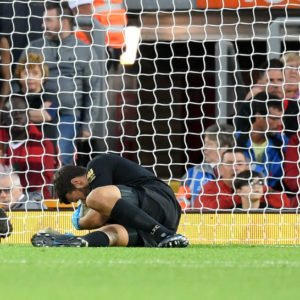 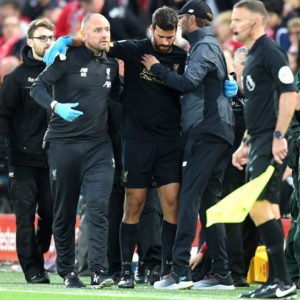