Some Liverpool fans on social media have made it clear that they would like Pep Lijnders to replace Jurgen Klopp as the club’s manager if Klopp ever decides to leave.

Lijnders is currently a first-team coach for Liverpool and has been speaking to the club’s official website about the team’s improvement and winning mentality.

His positive comments had the Liverpool fans raving and if Klopp ever leaves, it’s clear who these fans want in charge next…

Twitter: @LFC Passionate and intelligent. He should take over when Klopp leaves (please let this be never

So, is Lijnders actually manager material?

The assistant manager speaks with such wisdom and passion that it’s hard not to see him as a head coach in the future.

When analysing the team’s start to the season, Lijnders showed his in-depth analysis and how much attention he puts on small details, which was impressive.

Liverpool fans will, of course, be hoping that Klopp never decides to leave the club but there’s always a chance that the day will come when he fancies a different challenge.

Lijnders would be the ideal person to continue Klopp’s fine work because his principles are pretty much the same.

If Klopp left, would you be happy with Lijnders taking over as manager? 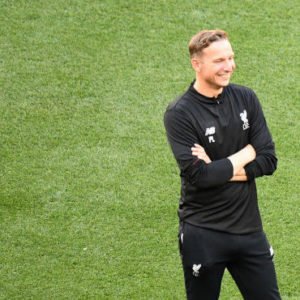 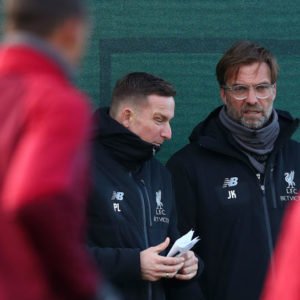