Andrew Robertson recovered from a wobbly start against Newcastle to put in another excellent performance, complete with yet another assist.

However, there are now some concerns that he may not be fit for Liverpool’s Champions League clash with Napoli on Tuesday evening as he was absent from the club’s open training session at Melwood earlier today.

Robertson played the whole 90 minutes against the Magpies and there were no signs that he was struggling with any injuries but the fact that he wasn’t training with his teammates means he could be a doubt for the game in Italy.

Having let Alberto Moreno leave in the summer, Liverpool don’t have a natural, senior left-back to play if Robertson is absent. Instead, one of James Milner or Joe Gomez would likely have to fill in at full-back if the Scotland captain is unable to take part in the game.

In terms of selection, I, personally, would select Milner over Gomez out of those two options as I’d still want some sort of attacking threat against Napoli. However, in a game where a draw wouldn’t be a bad result, it wouldn’t be a surprise if Jurgen Klopp selected Gomez if Robertson is ruled out.

Who should play left-back in Naples if Robertson is ruled out? 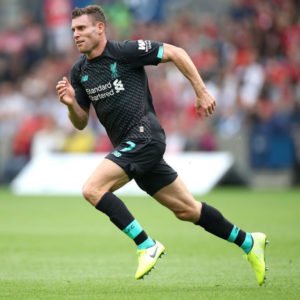 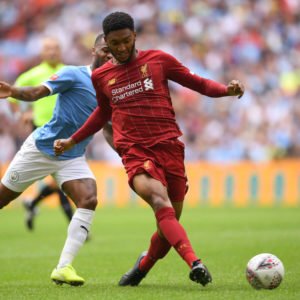