Kalidou Koulibaly was a strong centre-back target for Liverpool before Virgil van Dijk joined the club.

The Reds will come up against the Senegalese defender on Tuesday night, as the European champions open their Champions League defence away to Napoli.

According to a report in Goal, Liverpool “would have moved” for Koulibaly if their attempts to sign Van Dijk had failed.

Instead, the Dutchman made the move to Anfield and Napoli’s key man stayed put.

These Liverpool fans have been reacting to the news on Twitter, with some brilliantly saying he could warm the substitutes’ bench for the Reds.

lets sign him in the winter ,i reckon he will be very good back up option for Sir joel Matip??

Would be a good back up for the second best cb in the league pic.twitter.com/cHMOwU60Rs

He got span by Salah. Man thought he was on dancing with the stars.

Koulibaly would have been a superb signing by Liverpool, but Van Dijk is the superior player.

While some would love to see them alongside one another, both are left-sided centre-backs, meaning it likely wouldn’t work.

The Reds are thriving without the 28-year-old, with Joel Matip finding the best form of his career and Joe Gomez also a strong option.

While a move for him should not be sniffed at, it is not one that will come to fruition.

Should Liverpool consider a move for Koulibaly? 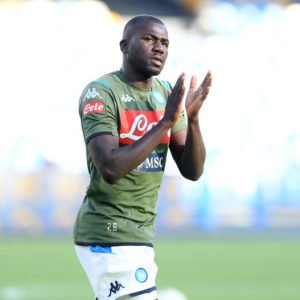 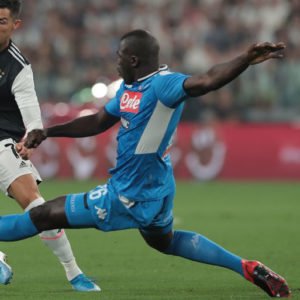