Trent Alexander-Arnold’s mature words on racism sum up what a wonderful young role model he is.

The 20-year-old has provided his opinion on the matter to Sky Sports, following recent abuse hurled at Romelu Lukaku in Italy:

It shouldn’t be happening in the game, nowadays especially. I think it’s disappointing to see that.

But I’m sure that Lukaku especially is a strong enough character to break through that, like you’ve seen straightaway -he scored the penalty and was able to shut the fans up straightaway.

That was a positive for him and I’m sure he will bounce back from that and keep on doing what he does, scoring goals.

Alexander-Arnold is not only a special young footballer, he is also an intelligent individual who thinks thoughtfully about matters on and off the pitch.

Liverpool couldn’t ask to have a better homegrown talent in their ranks, with youngsters looking up to the right-back.

It is shocking that racist abuse continues to be such a prevalent issue in football  in 2019 – the authorities must act harder to eradicate the problem.

The more individuals such as Alexander-Arnold speak up, using their profile to good use, the more chance there is of it going away.

Is Alexander-Arnold the best right-back in Europe? 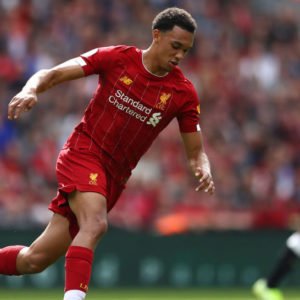 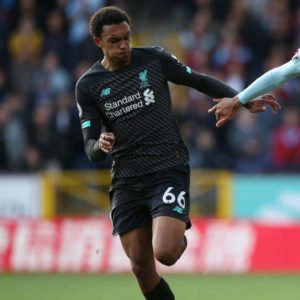