The Reds lost at Napoli on Tuesday, but they remain a formidable side who will be expecting to earn all three points in west London.

Much of Jurgen Klopp’s team picks itself these days, but midfield is the one area where the manager often rotates.

These Liverpool supporters on This is Anfield’s forums are calling for Gini Wijnaldum to replace James Milner in the middle of the park.

Billy Biskix: “Gini for Milner and that’s about it, assuming there are no injuries.”

Quicksand: “The midfield of Fabinho Hendo and Milner needs to change. Too safe in some respects. Ox or Gini for Milner.”

Zoran: “It should be our best side on paper at the moment, with Hendo and Gini in front of Fabinho.”

Wijnaldum coming in for Milner is a move that makes complete sense for Liverpool this weekend.

The latter remains a strong squad option, but as Tuesday’s defeat in Naples showed, he should not be starting in big away games.

Wijnaldum is one of Klopp’s most trusted players, and having been left out in midweek, it would be a huge shock if he wasn’t named in the starting lineup against the Blues.

Should Liverpool be winning in the second half, Milner’s vast experience and game management can come to the fore off the substitutes’ bench.

Should Wijnaldum replace Milner at Chelsea? 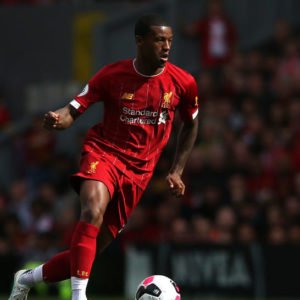 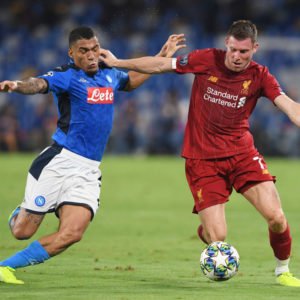