Alisson will remain in Liverpool during the international break, ESPN‘s Melissa Reddy has confirmed.

The 27-year-old has been absent since Liverpool’s 4-1 win over Norwich City back on August 9th, when he hobbled off with a calf injury.

Alisson is “undertaking extra training sessions at Melwood”, in order to prove his fitness ahead of Liverpool’s trip to Manchester United on October 20th.

While those not on international duty have been given the week off by Jurgen Klopp, Alisson is staying put at the Reds’ training ground.

Fortunately for Liverpool, Alisson being injured has done nothing to affect the Reds’ performances.

Klopp’s men have won every Premier League game without Brazil’s No.1, as well as clinching UEFA Super Cup glory.

Alisson remains a noticeable upgrade on Adrian, however, and his return will be an enormous boost.

He is, at the end of the day, arguably the world’s best goalkeeper.

Liverpool must make sure he is 100 percent fit for the United game – if he isn’t, they shouldn’t bother risking him.

If fit, would you start Alisson against Man United? 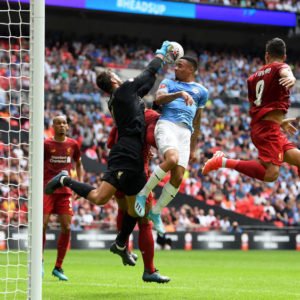 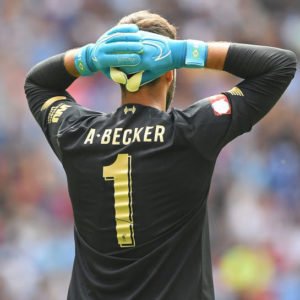