Jadon Sancho is one of the world’s most exciting young players, bursting onto the scene at Borussia Dortmund, having joined from Manchester City.

The 19-year-old is already a key player for both Dortmund and England, with huge things expected of him in the future.

A tweet from @BlackYellow, the official Dortmund account in English, showed Sancho training alongside Liverpool stars Trent Alexander-Arnold and Joe Gomez during England duty on Tuesday.

It was no surprise to see these Reds supporters immediate talk up a move for the teenager in the near future.

Even the admin knows he’s coming to Liverpool, you love to see it

Imagine up front you have Mane, Salah, Bobby, Sancho, Origi and Brewster ????

There have been slight murmurings of Liverpool making a move for Sancho next summer, although no concrete reports have appeared.

The former City youngster will cost an absolute fortune, but given his potential, signing him would feel huge.

Mohamed Salah, Sadio Mane and Roberto Firmino won’t go on forever at Liverpool, with young replacements needed in the long-term.

Sancho fits the bill to perfection, but he will be wanted by every top club in Europe.

Is Sancho a future great of the game? 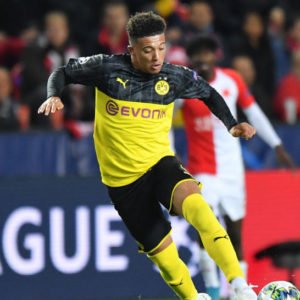 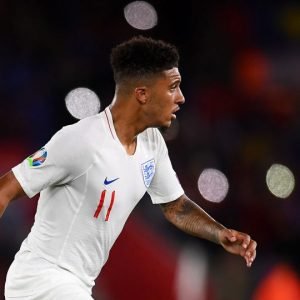