Thomas Muller was recently linked with a move to Liverpool, but it is a transfer that looks unlikely to materialise.

The Reds had been loosely tipped to sign the 30-year-old, due to a lack of playing time with Bayern Munich.

Bayern legend and chairman Karl-Heinz Rummenigge has quashed the rumours, however.

He believes that Muller’s 19-year long relationship with the club means he will end up staying put, in quotes provided by the Express:

I can not imagine that. The relationship between Thomas and Bayern is totally intact and will remain an important part of our club.

If Thomas would sit contentedly on the bench, he would be in the wrong club.

That’s the reaction we even want, but he still has to deal with the situation seriously. He’s exemplary.

In truth, this always felt like a rumour lacking legs, when you weigh up the situation.

Muller is now past his best, despite still possessing quality, and Jurgen Klopp is famed for promoting youth, rather than signing ageing players.

The Germany legend could have been a good squad addition, but he was never going to oust the likes of Mohamed Salah, Sadio Mane and Roberto Firmino from the team.

Should anything change, Muller would certainly be no bad signing, but Liverpool don’t need him and he isn’t the player he once was.

Would Muller be a good signing for Liverpool? 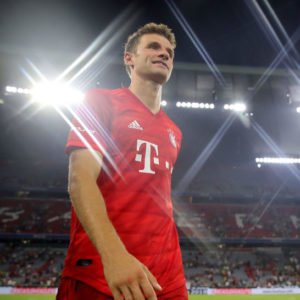 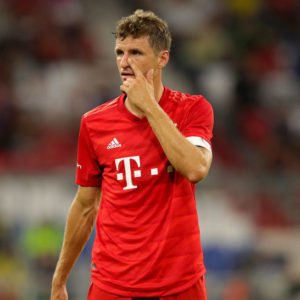