Erling Haaland is one of the most talked-about strikers in the Europe, following a stunning start to the season.

The Salzburg star has scored 23 goals in just 17 appearances this season, including a strike at Anfield in his side’s 4-3 defeat to Liverpool.

Haaland has also broken the record for the most goals scored in the opening four Champions League group stage games, finding the net seven times already.

Unsurprisingly, a host of Europe’s top clubs have been linked with a move for the 19-year-old, including the Reds.

According to Tuttosport, Salzburg are demanding €100 million (£86m) for his services, should anyone want to prise him away.

Haaland looks a special talent judging by his start to the season, so Liverpool are right to be interested in him, if that is the case.

There is always the risk that a young player can explode onto the scene then disappear, but the Norwegian looks the real deal.

There is sure to be a fight for his signature, most likely at the end of the season. 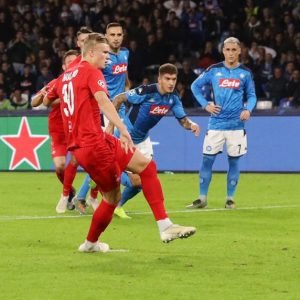 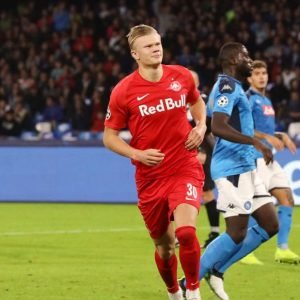