Gylfi Sigurdsson has taken a sly dig at Liverpool, suggesting they could again throw away their chances of Premier League glory this season.

The Reds are currently eights points ahead of Leicester City and Chelsea in the title race, as well as nine clear of Manchester City.

Many are tipping them to finally go all the way in 2019/20, in what would be a stunning achievement.

In an interview with Fotbolti.net, with the quotes provided by Sport Witness, Sigurdsson stressed that Liverpool had a big lead last season as well, taking a swipe at Everton’s Merseyside rivals:

So much can happen over December and January.

Didn’t they have a good head start last year? There is a lot of games ahead.

Liverpool are very strong, and this was hugely compelling against City. It’s still November, so there’s plenty of time left.

If Liverpool continue to play as they have been, it will be difficult to catch them, but City can completely get on track and win lots of games in a row

These Liverpool fans have mocked the Iceland international’s remarks and Everton’s continued obsession with the Reds.

The hatred is strong in this one…let me lick your bitter blue tears from your face pic.twitter.com/PJuywyHh3R

Oh #GylfiSigurdsson you poor , sad, bitter blue boy, why don’t you go & indulge in a conversation that is relevant to you and your club? The conversations about who wins the league, the top 4 or even the top half of the table do not concern you. 👋 bye bye #YNWA #LFC #LFCFamily

Not one Liverpool fan thinks it is, City are a world class side and capable of stringing 15-18 wins in a row together.

He is right, the title isn't won as yet. Just like their relegation battle isn't done yet. They can still go down.

Who’s saying it is done??? Not being funny mate but concentrate on your relegation battle before you worry about the Reds.

It’s brilliant how much Liverpool’s lead at the top of the table seems to be bothering so many people.

They have spent so long mocking the Reds for not winning the league, but you can sense the fear now, as Jurgen Klopp’s men find themselves as favourites for glory.

There is still a huge amount of work to do, however, and Liverpool must not let up in their quest for arguably the most significant achievement in the club’s history. 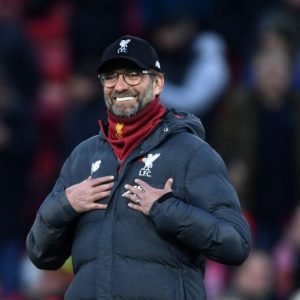 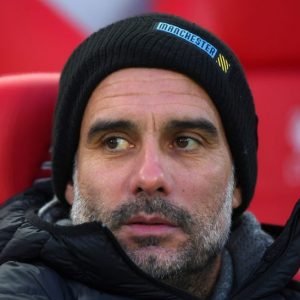