Real Madrid are believed to be in pole position to sign Milan Skriniar, according to the player’s representatives.

The Inter Milan centre-back was linked with a move to both Liverpool and Manchester United in the summer, while Barcelona have also been seen as a potential suitor.

Skriniar has shone for Inter this season, cementing his reputation as one of the best defenders in Europe.

An update on the 24-year-old’s future has been provided by Mithat Halis, a partner at Star and Friends, who told AS that Madrid are favourites to sign him:

Skriniar is worth €100 million. Real Madrid and Barcelona are competing for his signing for the last two years.

Now Real Madrid are closer to reaching agreement with Inter Milan because they want and they need him much more than Barcelona.”

Real Madrid have to look for alternatives to their centre-backs, (Sergio) Ramos and (Raphael) Varane.

The reports suggesting Liverpool could sign Skriniar never felt too concrete and it now look unlikely that he will be moving to Anfield.

While the Slovakian would undoubtedly be an excellent addition, Jurgen Klopp appears happy with his centre-back options.

Virgil van Dijk, Joel Matip, Joe Gomez and Dejan Lovren are a strong quartet, while Fabinho can also slot there, if required.

Should Liverpool make a move for Skriniar? 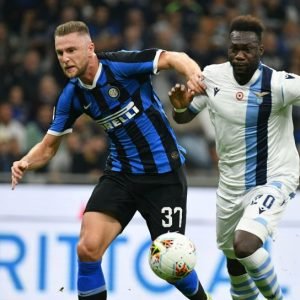 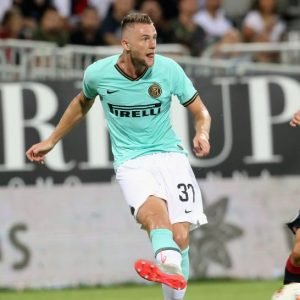