Arsenal have expressed an interest in signing Erling Haaland, as the fight to sign the striker hots up.

The 19-year-old has been in sensational form for Salzburg this season, scoring 26 goals in just 18 appearances.

One of those came against Liverpool in the Champions League and the Reds have been linked with signing him.

Manchester United and Bayern Munich are also believed to be in the hunt, but Arsenal are as interested as anyone, according to Sport Bild, via the Metro.

Haaland’s father Alf Inge is believed to have been invited to the Gunners’ training ground, suggesting their interest is genuine.

Haaland is understandably one of Europe’s most talked-about young players at the moment, considering his goalscoring exploits this season.

For 19, he looks a remarkable talent and it is no surprise to see so many top clubs linked with him.

Haaland wouldn’t get into Liverpool’s team regularly at the moment, however, which could end up working against the Reds.

Despite his tender years, the Norwegian striker will surely want to be a key man somewhere. 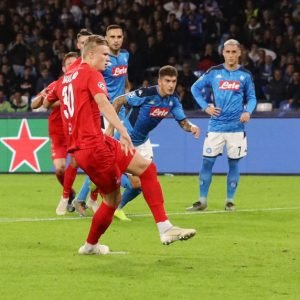 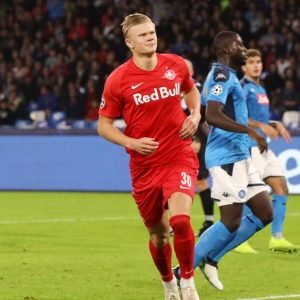