Jurgen Klopp has played down speculation linking Xherdan Shaqiri with a move away from Liverpool.

The Swiss made an excellent start to life at Anfield last season, proving to be a key man in a 4-2-3-1 formation.

Shaqiri scored twice in a 3-1 win at home to Manchester United last December, at a time when his stock was at its highest.

The 28-year-old quickly lost his place when Klopp reverted to a 4-3-3 system, however, and a combination of form and injuries have seen him struggle for playing time since.

Despite some rumours claiming Shaqiri will be moved on by Liverpool at the end of the season, Klopp confirmed he has a future with the Reds:

When I’m with him he’s completely happy. Of course he has a future here.

Shaqiri is a hugely talented footballer, but there have been some claims that Klopp doesn’t rate him in a tactical sense.

His lack of game time would suggest that is the case, but injuries have clearly hampered his progress.

Shaqiri could be an invaluable squad player to have back when he returns to full fitness, allowing some of Liverpool’s attacking stars a rest in the second half of the season. 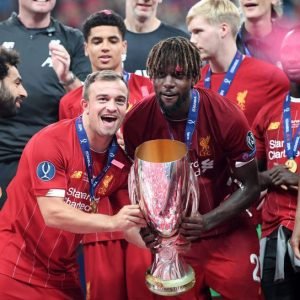 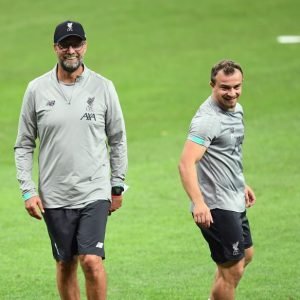