Pepijn Lijnders has singled out James Milner for special praise in training, with the midfielder even having a practice drill named after him.

Lijnders is thriving as Jurgen Klopp’s assistant at Liverpool, having replaced Zeljko Buvac in the role prior to the start of last season.

The Dutchman’s training sessions are highly thought of and someone who seems to be thriving in them is Milner.

It turns out that the 33-year-old is so good at winning the ball back in rondo drills that the exercise has now been named in his honour.

Lijnders outlined Milner’s quality in an interview with the Guardian, claiming that it has helped with the all-round intensity in training:

The five-v-two rondo is a good example. It’s actually called Milly’s rondo now, after I got inspired by James Milner, because he always intercepted the ball within the first few passes.

He was really quick and brought the focus of the rondo to another level. I was like: ‘How can I come up with a rule that everyone will execute with his kind of intensity?’

So I gave an extra incentive for the two players in the middle if they would intervene within the first six passes. So I told Milly: ‘This is your idea!’ The other players loved it.

Milner is widely considered to be one of the most dedicated professionals of his generation, pushing himself to the limit and remaining as fit as ever.

He possesses a level of focus and a winning mentality that must rub off on the other Liverpool players.

Milner may not be starting every week for the Reds, and rightly so, but his influence in the dressing room remains huge.

He is a priceless asset as Klopp’s men look to secure Premier League glory this season. 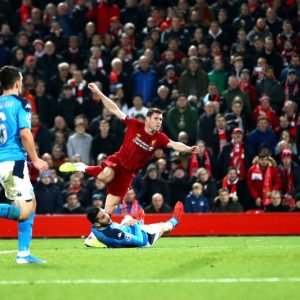 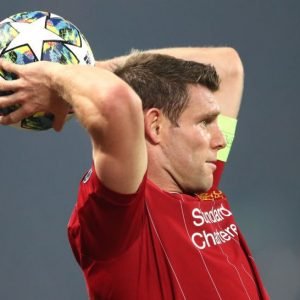