The Reds host Everton in the Premier League on Wednesday evening, looking to retain their incredible run of form.

They will have to make do without Alisson, however, following his red card against Brighton on Saturday.

That means Adrian will fill in between the sticks, but his cameo at the weekend was nervy.

Lawrenson is concerned that the Spaniard could be a weak-link on Wednesday, telling BBC Sport that he is susceptible from set-pieces:

I think Everton will be very direct and looking to test Adrian from corners and free-kicks, because at set-pieces I think he looks vulnerable.

Adrian is an obvious step down from Alisson, given the Brazilian’s stature as arguably the world’s best goalkeeper.

The 32-year-old has still done a good job in general, though, thriving during Alisson’s spell out of the side through injury.

Adrian will hopefully pass with flying colours against Everton, but he will be under pressure to perform.

Victory for Liverpool would again feel vital in the Premier League title race.

Will Liverpool beat Everton on Wednesday? 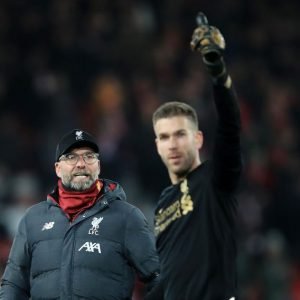 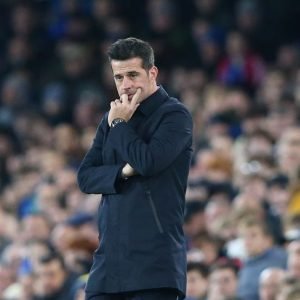