Erling Haaland could leave Salzburg in January, according to Bild, via Sport Witness.

The 19-year-old is having an incredible season for the Austrian side, breaking goalscoring records along the way.

Haaland is the first player to score seven goals in the opening four matches of a Champions League campaign and is one of only five individuals to find the net in the first five group stage games, too.

On top of that, the striker has already found the net 27 times this season, in all competitions.

Liverpool and Manchester United have both been linked with signing Haaland and this latest development claims a clause in his contract means he can leave Salzburg for €20 million next month.

It remains to be seen whether or not the Reds’ interest in Haaland is genuine, but Jurgen Klopp’s head may be turned by this news.

Haaland is still young and wouldn’t expect to go straight into the team, but he could be a great squad player in the second half of the season.

Recent reports have tended to suggest that United’s interest is more serious, but more may become clearer in the coming weeks. 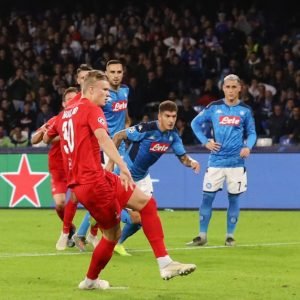 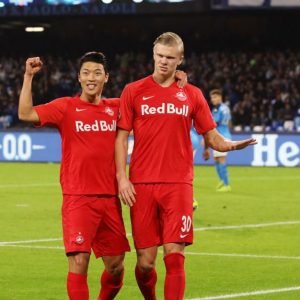