Erling Haaland insists he remains focused on Salzburg duties, despite being linked with moves to Liverpool and Manchester United.

The Reds will come up against Haaland on Tuesday evening, in what is a crucial Champions League clash.

Liverpool know that avoiding defeat will lead to them reach the last-16, but defeat, coupled with Napoli winning at home to Genk, would see them knocked out.

Haaland is going to be a key figure in Austria, having already scored 27 goals this season.

Speaking ahead of the game, the highly-rated 19-year-old shrugged off the reported interest from a number of top clubs:

I just focus on my job, playing football. To enjoy what I do every day and go into it with a clear mindset.

My job is to focus on Salzburg to be here as a player.

Tuesday’s game promises to be a nervy occasion for Jurgen Klopp’s side, with Salzburg seeing it as one of the biggest in the club’s history.

They will be revved-up and desperate to spring a shock, so Liverpool must be switched on.

While Premier League commitments take precedence this season, being eliminated so soon in the Champions League would be a massive blow. 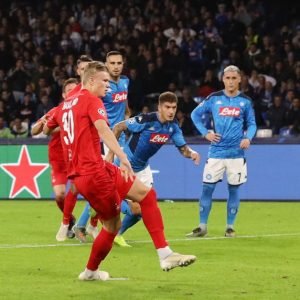 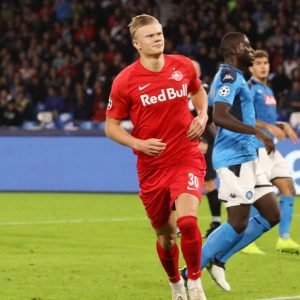