Fabinho is in contention to start for Liverpool against Manchester United this weekend, according to the Mirror‘s David Maddock.

The Brazilian hasn’t played since injuring his ankle against Napoli back in November.

He is now back in full training this week, however, and could return to the starting lineup on Sunday afternoon, as the Reds welcome their biggest foes to Anfield.

It is stated that it is ‘unlikely’ that he will start, however, given the magnitude of the game.

I believe Fabinho was the best defensive midfielder in the world prior to his injury.

He was colossal for Liverpool, biting into tackles, winning aerial duels and showing great quality on the ball, summed up by a stunning strike at home to Manchester City.

Fabinho averaged 2.5 tackles and 1.1 key passes per game, according to WhoScored.

The Reds have been sensational in his absence, winning every Premier League game, but in our opinion, remains a vital player under Jurgen Klopp.

I wouldn’t bring Fabinho in against United, though, due to the risk of him being off the pace after a lengthy absence.

Jordan Henderson should continue in the No.6 role, with Gini Wijnaldum and either Alex Oxlade-Chamberlain or Adam Lallana alongside him.

That has been Klopp’s go-to midfield, especially with Naby Keita and James Milner injured, and the results have been superb.

Lallana justifies starting over Oxlade-Chamberlain, in my opinion, following an impressive cameo at Tottenham on Saturday.

He replaced his teammate in the second half, providing more tactical discipline and calm.

Should Fabinho get straight back into Liverpool's team? 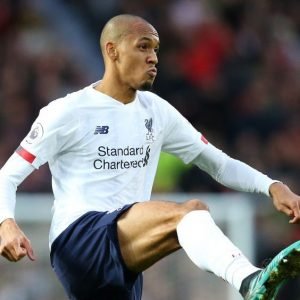 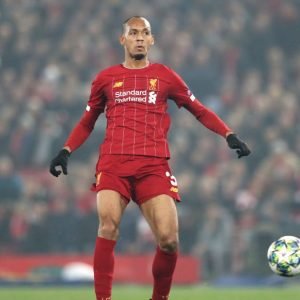